The Uniqueness of Human Body Type 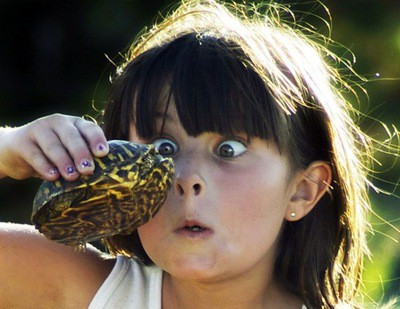 According to Vedic knowledge, the purpose of life is to realize one’s unity with the  Higher Being. Following the Highest Will is the only legitimate (rightful) activity, all others are illicit (wrongful).

Gaining a Human body is a unique opportunity to liberate oneself, stop the birth-aging-illness-death circles.

The Vedanta-sutra (1.1.1) states, athato brahma jijnasa: “Now one should inquire about The Absolute Truth”. After being embodied thousands of times on all three levels of material world (heavenly planets, hellish planets and earth-type planets that are in-between) one must not waste time and brake out to the spiritual world, our home. Human body gives us that opportunity. Living beings of hellish world suffer too much pain and those of heavenly planets enjoy too much pleasures to bring up the question about our belonging to the transcendental. The Earth is said to be such a transit point where one can put an end to the wheel of karma once and for ever.

In the human form of life we should question ourselves and our intelligence. In the lower than human  forms the intelligence does not go beyond the range of life’s primary necessities: eating, sleeping, mating and defending. If our life fails to go beyond those desires, in the next life we will get a body which is more adequate to fulfill those needs. A bear, for example, is able to sleep much more than us (six months in a row). If someone’s greatest pleasure in life is sleeping — he will be graced with the opportunity to fulfill his wish. It is not punishment but an act of love, which grants us satisfaction of all wishes (and wishes of others towards us as well).

In the human form of life, however, one should be intelligent enough to ask what he is, why he has come into the world, what his duty is, who is the creator and supreme controller, etc.

What discriminates men from animal is the ability of human intelligence to enquire about the Absolute Truth, which animals cannot do. Let’s see what are qualities we can develop in ourselves to be humans, not animals in a human body.

Truthfulness;
Charity;
Temperance;
Tidiness;
Patience;
Decency;
Un-acceptance of ill;
Chastity;
Ability to curb passions and anger;
Non-violence;
Generosity;
Thirst for knowledge and teachings of the wise;
Straightforwardness;
Satisfaction with what one has;
Readiness to serve saints;
Staying away from vanity;
Beneficence while taking into account real needs of those in need;
Self inquiry;
Reticence;
Friendliness to all beings.

TODAY’S TIP: It is recommended to chose one trait at a time and work on it for a while (usually making a resolution for a year or so) and only then start to better another feature.