Twenty Five Duties a Soul Embodied as a Man Should Fulfill 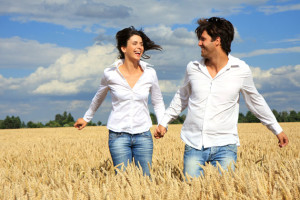 A soul has no gender and possesses two main desires:  to love and to evolve. If the desire to love prevails, the soul gets a female body, and if the longing for evolution is bigger, it is embodied as a man. (See also Twenty Five Duties of a Woman).

The fastest way for liberation from the cycle of births and deaths for a man is to be a monk. In the age of Kali, however, only very few persons are free from the interest in the opposite sex (See Kali Yuga – Age of Quarrel). If a man is not able to lead a serene life without a woman he has to accept the responsibility for one woman and live as a married head of a household. Both paths are equally valued in respect to spiritual progress if one is following his Dharma (mission in a concrete embodiment).

Here are the duties a man should fulfill when living as a householder (in grihastha ashram).

TODAY’S TIP: Other than his wife representatives of the opposite sex should be seen as daughters (if younger than a man) or mothers (if older) and accordingly treated.