Things that Impede Our Immune Response 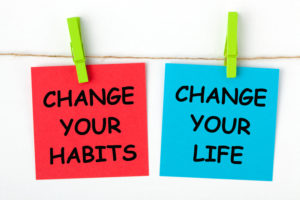 It is said that a person with a strong immune system never gets sick. The average individual may get sick 1-2 times per year (usually having colds or SARS). Being sick more often and/or having chronic diseases caused by bacteria, viruses, or fungi is indicative of a weakened immune system. Fortunately, immune response can be strengthened by giving up harmful habits.

In order to study the effect of alcohol on the protective functions of the body, many different scientific studies have been conducted. To date, reliable results of independent examinations have been recorded. They testify that alcohol reduces a person’s immunity, especially when consumed frequently and/or in high doses.

It is known that smoking significantly increases the likelihood of developing bronchitis and other infections of the respiratory system. Scientists studied the state of lymphocytes in all organs and systems of the smoker’s body and came to the conclusion that smoking significantly inhibits cellular immunity. Moreover, this harmful habit causes damage to pulmonary lymphocytes, which first threatens the smoker with infectious diseases, and ultimately, can lead to lung cancer.

Drugs have a detrimental toxic effect on the whole body. They reduce immunity, and then put into disrepair the vital internal organs (liver, heart, kidneys, organs of the gastrointestinal tract, etc.). Overdoses can lead to inflammation and blockage of the veins, and convulsions. Also, intravenous drug use may cause blood poisoning (sepsis) and is often connected with various serious ailments, such as HIV (AIDS), hepatitis B and C. In addition, vulnerability to various viruses and bacteria increases.

Today there is a real boom in the popularity of antibiotics, which are often used as a remedy for all diseases. However, antibiotics are effective only against bacteria. Thus, using them to cure viral or non-bacterial infections, which is sometimes done when antibiotics are prescribed without a laboratory test to identify the source of the illness, will not give the desired result. This may unnecessarily kill beneficial microflora and weaken the body’s immune defense. There can only be one piece of advice – take antibacterial drugs as little as possible and always follow your doctor’s instructions for taking them.

According to scientists, the abuse of sugar reduces the body’s defenses by more than 40%. Studies say sugar consumption weakens the immune system within 10 minutes, and this process continues for several hours.You must adjust your sugar intake according to your age and gender. According to the American Heart Association (AHA), the maximum amount of added sugars you should eat per day: men: 150 calories per day (37.5 g or 9 teaspoons) women: 100 calories per day (25 g or 6 teaspoons ), Otherwise, it can weaken the immune system and lead to caries, obesity and hypertension, thereby increasing the risk of coronary heart disease.

It is no secret that the increase in heart rate caused by exercise stimulates blood circulation and improves the supply of oxygen to organs and tissues. In addition, when playing sports, breathing quickens, helping to remove viruses and bacteria from the body. Also, during exercise, body temperature rises, leading to the death of pathogenic microflora. All this has a beneficial effect on the state of the body, which increases resistance to infections. If a person is not involved in sports, blood circulation decreases and the body accumulates toxins and is stressed. All this leads to a decrease in immunity, and hence increases susceptibility to various diseases.

Lack of sleep is one of the most common causes of weakened immunity. The absence of a steady routine, as well as too much work, stress or depression – all these factors interfere with the full relaxation of the body, preventing it from getting enough rest. According to studies by the National Heart Institute, people who regularly sleep 4 hours a day or less have half the antibodies to fight the common cold than those who sleep 7- 8 hours. Sleep deficiency significantly weakens the body’s natural defenses.

“A joyful heart is good medicine, but a crushed spirit dries up the bones.” (Proverbs 17:22). Now, scientists unanimously claim that a pessimistic attitude negatively affects the body, creating the prerequisites for various diseases. Cortisol is a stress hormone, the increased production of which destroys the cells of the immune system. To counter this, we need to look for the positive in everything, find reasons for fun, enjoy every day, and spend more time with family and friends to increase social support.

In order to have super strong immunity, it is not enough just to break these habits. It is necessary to replace them with healthy ones: move more, drink enough water, eat well. Strengthen your immunity and be healthy! See also: 16 Things That Boost Your Immune System.

TODAY’S TIP: A lot of myths related to viruses have appeared on the web. The false claim that COVID-19 can be killed by consuming alcohol is circulating. This is not true. It is important to understand that the immune system is the main defense of any person against most infections. Alcohol has a negative effect on it and can destroy immunity.