From Ayurvedic point of view the subtle cause of scoliosis (curvature of the spine) is the weakness of the “inner core” of a person. 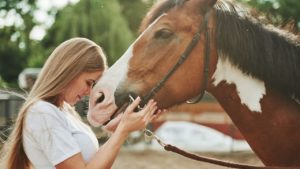 This disease develops, as a rule, in early adolescence, and, progressing, further leads to degenerative-dystrophic changes in the intervertebral discs, causes disturbances in the sympathetic regulation of the chest and gastrointestinal tract.

Scoliosis is very widespread today. This is explained by the fact that parents forget: a child in a family is a welcome guest, and by no means their property. Ayurveda teaches that the father and mother are called upon to create the most favorable conditions for the children who took birth to them to reveal their inner program and talent. Thus, a seed that has fallen into the soil requires careful maintenance and care until it becomes a tree.

Unfortunately, the majority of modern parents, considering the child to be nothing more than their own property, impose on them ideals alien to their nature and their own, sometimes unrealized, dreams. Any little person is like clay, and they are trying to create something special from them suppressing their attempts to reveal and realize themselves. As a result, by adolescence, a person loses their “inner core”, being completely dependent on the opinion of their parents. An inferiority complex develops, self-doubt and lack of independence arise.

At the physical level, all this inevitably leads to a weakening of the ligaments of the spine and its curvature with all the ensuing consequences.

The methods of scoliosis treatment adopted by traditional medicine are not very effective, since they do not take into account the subtle causes of the disease.

In ancient times, scoliosis was rare, since in the upbringing of a child from the first years of life, all their talents and weaknesses were taken into account, and conditions were created for optimal self-realization. In the event that scoliosis did occur, a very effective and completely safe method of treatment was used, which has not lost its value today. 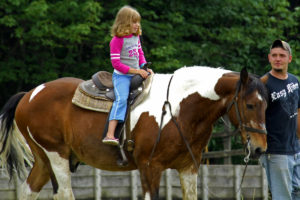 Horse riding therapy is horse riding (not racing). Sitting on a horse, a person at the psychological, energy-informational and physical levels, as it were, turns into a centaur. A “suspension” is created between Heaven and Earth due to the fact that the crown of the head is pulled up to Heaven, and the feet grow into the Earth through the stirrups. The body should be completely relaxed. As soon as the horse starts to move (at first slowly, led by the instructor under the bridle). It is necessary, while maintaining the “suspension”, to perform pendulum-like, spiral movements with the whole body, making sure that they are smooth and natural. It is desirable that the person breathes in the same rhythm as the horse.

The duration of such sessions is 30-60 minutes at a frequency of three times a week. During classes, myofascial blocks are removed, and the vertebrae return to their places without the use of manual therapy. In this case, the blood supply to the spine and paravertebral zones is activated, as well as the centers of self-regulation of the intervertebral joints. As a result, the excretion of toxins is enhanced. The latter may initially be accompanied by moderate pain. By the end of the course, the ligaments of the spine are significantly strengthened, and intervertebral hernias are reduced. At the psychological level, a subconscious desire is born to develop and strengthen the “inner core”.

In adolescents, scoliosis is cured within three months, in adults – within a year. In the presence of complications of scoliosis, the duration of treatment increases. If you do not have the opportunity to do horse riding therapy three times a week, then you need to do it at least once or twice, increasing the total duration of the session.

Currently, there are a huge number of riding clubs where one can practice horse riding therapy, with a special agreement with the instructor. In this case, it is advisable to use the same horse (not young), trying to enter into such a relationship with it so that it recognizes you. To do this, you need to hug and caress her more often, and before class, treat her to a carrot or a piece of bread.