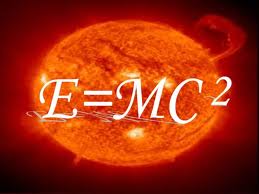 Ayurveda has a wonderful practical philosophy of life and healing.
It sees the universe as a play of two primary forces, the power of consciousness or what is called the Purusha in Sanskrit, our inner being, and the forces of nature or what is called Prakriti or the primary power of creation.

Ayurvedic thought describes all the forces of nature according to three “gunas”, or primary qualities. Each of the three gunas called Sattva, Rajas and Tamas has its particular qualities and roles in the cosmic order:

Sattva, which means the quality of truth or being, is identified with light, mind, consciousness, goodness, virtue, harmony and balance.

Tamas, which refers to darkness, is identified with matter, inertia, the unconscious, dullness, resistance, entropy and stability.

All three qualities have their necessary place in the world of nature starting with the three great cosmic forces of light (sattva), energy (rajas) and matter (tamas). Everything in the universe consists of various interrelationships and inter-transformations of these three powers of light, energy and matter, as the great scientist Einstein revealed in his equation E=MC² or energy equals matter times the speed of light squared.

All three qualities also have their place in our own human nature as body (tamas), vitality (rajas) and mind (sattva), which make the three levels of our functioning. The body is the material component of our being, the mind our inner light, and our vital energy or life-force (prana in Sanskrit) the energy between the two. These three forces are not separate but rooted in each other and mixed together. Body, life-force and mind are part of a single continuum and constantly influencing one another.

Here Ayurveda introduces another important aspect of this science of the guans. The mind itself is the natural domain of sattva, requiring light, harmony, balance and clarity for its proper function. This means that tamas and rajas, or the influences of the body and vital energy, can become factors of disturbance, with the bodily influences having the capacity to dull the mind, and the vital energy having the ability to disturb it. Rajas and tamas become ‘doshas’ or factors of disease. Rajas and Tamas allow factors of agitation and dullness, or wrong imagination and wrong judgment that cloud how our intelligence works. This in turn leads to the main difficulties, maladies and pain that life can bring us, as well as preventing us from gaining the wisdom (sattva) to handle these.

For this reason, Ayurvedic thought always emphasizes the development of sattva guna as its primary principle of inner growth and development. Ayurveda urges us to resort to those types of foods, impressions, ideas, expressions and associations that promote sattva guna and avoid those that promote rajas and tamas.

TODAY’S TIP: choose sattvic food to keep your mind clear and your soul happy ( see Food and the 3 gunas)