More and more Americans are affected by joint pain. The problem gets worse year by year, and has reached epidemic proportions in the last 40 years. Almost all of us have a friend or relative whose life is almost entirely revolving around their pain. Pain clinics have proliferated in recent years.  Severe joint pain makes people incapable of living the life they want to live. Most people with joint pain are diagnosed with arthritis, which is a general term for a number of different conditions that involve swollen, painful, or stiff joints.

Now many patients are looking for natural remedies which don’t have side effects or skyrocketing costs.

Holistic medicine has been successfully treating joint and musculoskeletal disorders including arthritis for thousands of years. Both Ayurveda and Traditional Chinese Medicine address the treatment to the root of disease treating the whole body instead of dealing with symptoms. 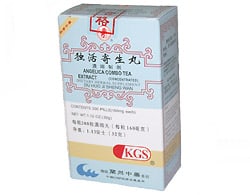 The role of holistic formulas can best be explained through the Ayurvedic or Traditional Chinese Medicine point of view because none of the active components taken alone are as effective as the whole formula – the whole formula is greater than the sum of its parts.

The idea is that arthritis indicates that something has gone out of balance in the body. The treatment would seek to restore the balance, enabling the body to use its own resources to heal itself.

Ingredients: The formula derives its name from two of the principal ingredients, du huo (Angelica pubescens) and sang ji sheng (Loranthus parasiticus). Du huo is specific for rheumatic pain that is sensitive to cold, especially if it occurs in the lower body. Its pharmaceutical actions are antirheumatic, anti-inflammatory, and analgesic (pain relieving).

Sang ji sheng has dual functions: It strengthens the liver and kidneys while subsequently nourishing the bones and tendons, and it relieves the pain of arthritis. It also lowers blood pressure and is useful in coronary heart disease.
Other ingredients in the formula include the basic formulas to tonify both qi and blood, which assist the remedy in returning strength, vitality, and strong immune function, making it especially useful for long-term use and for elderly or weakened patients.

Suggested Use:
As a dietary supplement, take 9 pills twice a day with warm water. Store in cool and dry place. For how long to take: The general rule is that for chronic diseases, the herbs should be taken regularly for one month for each year that symptoms were present. (e.g. 2 years of symptoms = 2 months of herbs)

Are there side effects?

It should be noted that disorders sometimes get worse before they get better, as the toxins are being dispelled from the body. This is not Angelicas fault; it is the product of the body’s own toxins. Be patient. The long – term approach is really the only way to have long – term results.