↓
Home→Astrology→Vedas about the End of World

Vedas about the End of World 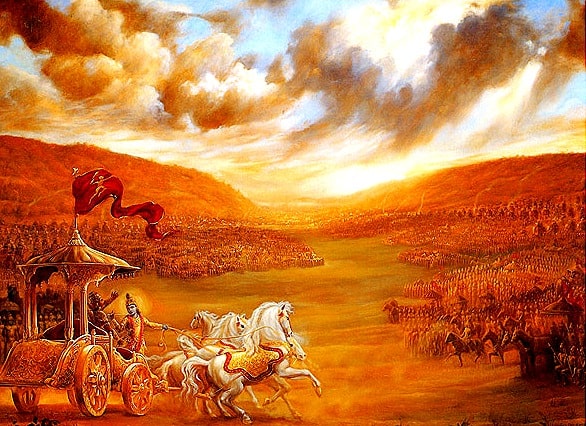 Let’s remember how often we have heard about approaching of the end of world just in recent years. 1980, then 1995. 1999 of course since 999 is inverted 666, the number of devil. 2000 was undoubtedly a candidate for final disaster. Nothing happened. Last year we saw a new agitation around this matter. Still alive.

And finally! The Mayan Calender ends in 2012! And what? Why should we be so concerned about it? Why are human beings so exited to know “WHEN”? Maybe because in the case of forthcoming fatal disaster we can stop fulfilling our duties and not take responsibility for what we are doing. By the way, Mayan calander was based on Venus cycle which ends and starts again in 2012.

Vedic scriptures know the exact day. The final collapse is expected to happen when the creator of our planetary system spends the last day of his 100 year long life which is going to be in 150 trillion 40 billion earth years. Since Vedas have already predicted historical facts that took place later (such as the coming of Christ and Buddha) it makes sense to take their predictions seriously.

The ancient scriptures state that nothing in the world is chaotic, unpredictable or uncontrolled. Everything happens systematically, in cycles and under control. There are planned crisises in our planetary system that come when a new era replaces the previous one. At that moment the world experiences a more or less serious crisis. Not just nature disasters and wars take place but the humans themselves experience disaster in their mind which becomes unstable and aggressive. Last time it happened about five thousand years ago, when in an 18 day war, 600 million people were killed. This battle on the field of Kurukshetra is described in Vedic scriptures at great length. After that a new era of cosmic cycle began.

Here is the calculation.
Vedas teach that in the material world, everything from atoms to planetary systems live through cycles of birth, growth, aging, and death. They state that our planetary system lives as long as its creator lives and is completely destroyed when he dies.

Brahma who created our universe on commission of Lord Krishna  lives “only” one hundred years. These are Brahma’s years though. One Brahma year consists of 365 Brahma days. Each day has one thousand periods called Yuga.

Every Mega Yuga (0.001 of a Brahma day) lasts 4 million 320 thousand of earth years.  According to that knowledge our planetary system lives 4 million 320 thousand  times 1000, times 365, times 100 earth years. We are in the middle of Brahma’s life now and our universe will live about 50 more Brahma years. The final collapse is expected when he reaches his 100th birthday which is going to be in 150 trillion 40 billion earth years.

One Yuga has four Sub Yugas that are often compared with seasons of the year. Satya or Krita yuga (Golden age) is spring of our planetary system which last 4800 celestial years or 1,728,000 human years. Regarding the other cycles the duration of each gradually decreases by a quarter. Treta yuga or Silver age is summer, Dvapara yuga or Bronze age is fall and Kali yuga or Iron age is winter of the material world. Starting with Spring, the life span and piety of living beings decrease from season to season reaching their minimum in Kali yuga. Iron age is the lowest, most impure, and vicious, where ignorance rules. At the end of every season and every cosmic year, the material world is partially destroyed just as the nature revives with every spring.

Now we can relax and direct our attention to things that really matter. The good news is that nothing can destroy us. We are neither bodies, nor bodies with souls. We are immortal souls that are temporary wearing material bodies like a fireman has to wear a protective suit when acting in circumstances he would not survive without it. It was not always that way and it will not always be so. Since we are living forever souls nothing can destroy true us. The progress of an individual soul to higher spiritual world is inevitable and just a matter of time.

See also: Vedas on Cosmos; Time- the most Powerful Factor; The Law of Karma; Vedas on Money.

TODAY’S TIP: Let’s get prepared for the real end of world which everyone of us will surely experience sooner or later. Vedic knowledge teaches that our future body, our future life and all that will happen to us depend on the aspirations we have at the moment of death. What we are thinking of at that moment is critical and defines the body type and destiny we have. In order to be able to have glorious thoughts at that key instant we need to regularly practice this state of mind in our everyday lives.