Myth about Vegetarianism and Anemia 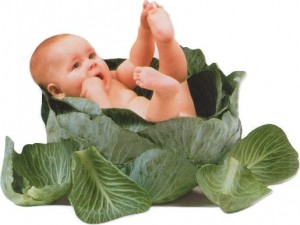 It is said that we live at the time of information. Tons of information are poured over on us every day. But information is different than knowledge. Knowledge is information we proved to be true, or, if it is beyond our access, we absolutely trust the source of that knowledge. This is essential not to mistake information for knowledge and always ask ourselves, where this information comes from. For example,  present day medicine changes its conception of what is good and healthy approximately  every seven years; and what was believed beneficial yesterday can easily be proclaimed harmful today. It is frightening how often we receive claims about side effects of a certain product that was prescribed and sold to cure us, but turned out to have side effects much greater than the benefits.

On the other hand, Vedic knowledge never changed or recalled its prescriptions since it was written down 5,000 years ago. Common sense should tell us whom to trust.

Let’s examine some doctors’ belief, that the consumption of meat products is the solution to anemia.

Rates of anemia in vegetarians and meat-eaters:

Anemia is a critical health problem, and some doctors believe, that the consumption of meat products is the solution. But many studies show no difference in anemia rate between meat-eaters and vegetarians. That suggest that the promotion of meat consumption is not an effective strategy, and that other approaches are necessary.

For example: Data from the Shunan Children Health Cohort Study were analyzed. The participants included male and female residents, 3373 children (aged 10–11 years), and 3085 adolescents (aged 13–14 years). The frequency of meat intake was determined with a questionnaire, and blood samples were analyzed. The frequency of meat intake did not show a positive association with the hematological indices or the prevalence of anemia.

Planning is the key.

When  studied without bias it is obvious that well-planned vegetarian and vegan diets are nutritionally adequate and are appropriate for all stages of the life cycle, including  pregnancy, lactation, infancy, childhood, and adolescence. A vegetarian diet can provide adequate intake of protein, minerals including iron and calcium, and vitamins. A poor planned diet  can be low in essential nutrients no matter with or without meat.

Advantages of a non-animal protein diet are plentiful:

– They are generally low in saturated fat, and cholesterol.

Very impressive are the findings of Loma Linda University School of Public Health. This is a Seventh-day Adventist health science institution. This part of Christian tradition has a lot of vegetarians in many generations. The University has conducted three cohort studies in 1958, 1974-1976 and 2002-2007, observing the life of thousands people for years. Many scientific articles have been published on the health and nutrition properties of a vegetarian diet from these cohort studies. Research funded by the U.S. National Institutes of Health has shown that the average Adventist in California lives 4 to 10 years longer than the average Californian. The research,  asserts that Adventists live longer because they do not smoke or drink alcohol, and maintain a healthy, low-fat vegetarian diet that is rich in nuts and beans.

The 2010 version of Dietary Guidelines for Americans,

a report issued by the U.S. Department of Agriculture and the U.S. Department of Health and Human Services every five years, states that: “In prospective studies of adults, compared to non-vegetarian eating patterns, vegetarian-style eating patterns have been associated with improved health outcomes lower levels of obesity, a reduced risk of cardiovascular disease, and lower total mortality. Several clinical trials have documented that vegetarian eating patterns lower blood pressure”.

How to maintain an adequate nutrient balance.
1. Get adequate caloric intake and make sure a variety of foods is eaten. Vegetarian diets tend to be lower in protein than non-vegetarian diets but typically meet or exceed daily protein intake recommendations, which is beneficial. Plant sources of protein include soy beans, tofu, soy milk, legumes, nuts and seeds, and grains. (See Non – animal protein).

2. Lacto-vegetarians (ones, who consume dairy products) have even bigger choice of protein sources (See Dairy Products in Ayurveda).

Should beans and grains be eaten separately?

A belief that grains and beans must be eaten within a few hours of each other to make a complete protein intake, which contains all nine essential amino acids,  has never been proved by research. The protein-combining theory was brought to public  in 1971 by Frances Moore Lappé ( Diet for a Small Planet ). In later editions of the book she withdrew her contention that protein separation is necessary.

Ayurveda knew it centuries ago. Kitchari ( a soupy porridge of beans and rice) is used to purify digestion, cleanse systemic toxins, and restore balance. Kicharee is one of the most common meals in many traditional vegetarian countries and is used even in hospitals to bring very sick people back to health (see Kitchari – your body’s reset button).

Iron is  vital to blood production. Without it, people develop weakness and fatigue. Meat is not the only source of iron though. The recommended daily intake of iron is 14 milligrams for men and post-menopausal women, and 33 milligrams for women prior to menopause.

-Molasses: Blackstrap Molasses has a high iron content at 7.2mg for every 2 tablespoons.. However, it should be noted that some name-brand “molasses” products are heavily diluted and low in iron as a result.

-Greens: Greens are also a healthy source of iron. A cup of Swiss chard has 4.0mg of iron, turnip greens – 3.2mg and beet greens, 2.7mg. Greens can be eaten raw in a salad or lightly steamed. When cooking greens  be sure to either use the water for cooking absorptive grains, such as rice, or even for drinking.

Plants and dairy  iron is absorbed less efficiently than one from meat. But a well-planned vegetarian diet should not lead to iron deficiency. Although a lesser percentage of iron is absorbed, greater amounts of it are concentrated in many non-meat foods,such as cereals, nuts, seeds, soy foods, peas, beans, chickpeas, and lentils.

How animal protein affects the mind:

Modern nutritionists have to admit that a vegetarian diet is healthier for the body. But not only the gross part of meat has damaging effect on us. The subtle part of animal flesh (the energy of violence, terror, and  murder) destroys our morals, mind, and eventually the fortune (See How food affects the mind).

Not all eggs contain a chick and might not be considered a product of brutality. But since it passes through the anus of the chicken is considered  defiled.

The only non-violent animal product is milk and all its derivatives. Cows give milk out of love to their calves; so dairy products are extremely beneficial not only for our body but for the soul (See Dairy products in Ayurveda).

TODAY’S TIP: Doctors Dean Ornish, T. Colin Campbell, John A. McDougall, Caldwell Esselstyn and Neal D. Barnard say that high animal fat and protein diets, such as the standard American diet, are harmful to health. They also say that incorporating a low fat vegetarian or vegan diet into your life could not only prevent various degenerative disease, but reverse them. (See also Ayurveda on Vegan eating).