↓
Home→Introduction to Ayurveda→Vimanika Shastra: the Technical Manual for the Construction and Use of Flying Machines

Vimanika Shastra: the Technical Manual for the Construction and Use of Flying Machines

Vimanas are the flying machines in the previous eras of mankind 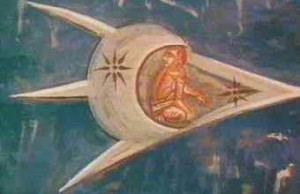 Vimanas are widely described in the genuine ancient texts, such as the Ramayana and Mahabharata, as well as other later texts, such as the dramas of Kalidasa. They are not metaphors or hyperbole, nor do you have to be a god to own or ride one as in other mythologies. They are treated as manufactured, physical objects, even if portrayed as fanciful flying houses, invested with magical powers of levitation. Sometimes they are simply employed as a plot device to get characters from one place to the other quickly. Often they are portrayed as weapons of war.

Revealing of the ancient knowledge: 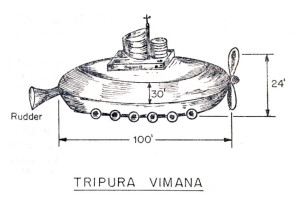 The story of this text is as follows: a Brahman named Pandit Subbaraya Sastry (1866–1940) received this knowledge orally from the ancient Hindu sage Bharadvaja and later dictated it in Sanskrit during the years 1918–1923. It contains 3000 shlokas (verses). A Hindi translation was published in 1959, while the Sanskrit text with an English translation was published in 1973.

Definition of a pilot: the pilot is one who knows the 32 secrets of the working of the Vimana. He must know the structure of the airplane and the means of its take off and ascent to the sky, how to drive it and halt it when necessary, how to maneuver it and make it perform spectacular feats in the sky without crashing.

The pilot should have had training in hiding, making the aircraft seen and unseen, contracting and expanding, changing shape, looking frightening or pleasing, becoming luminous or enveloped in darkness, stunning by thunderous din, jumping, moving in a zig-zag like serpent, facing all sides, hearing distant sounds, taking pictures, knowing enemy maneuvers and the direction of enemy approach, immobilizing, and exercising magnetic pull.

The pilot should learn these 32 secrets from competent preceptors, and only such a person is fit to be entrusted with an airplane, and not others.

The List of Vimana capabilities is impressive. This includes  means to view remote images on screens, listen to remote sounds, disguise the Vimana as clouds or other images, create terrifying sounds, and so on. The book contains an extensive discussion of the various types of Vimanas and their construction, including some that can double as boats or submarines.

The clothing for a pilot should be different for different seasons. Silk, cotton, moss, hair, mica, leather, are to be purified by 25 processes, washed with mica-saturated water, and spun into yarn. Then, fibers from different plants, such as the sunflower tree, cocoanut and jute, should each be purified 8 times as prescribed and by 19 processes, spun into yarn, and woven into cloth. Next, the cloth should be soaked in the oils of linseed, basil, gooseberry, and mustard, and dried in the sun five times daily for 7 days. Finally, the cloth should be soaked in a special decoction and dried 5 times.

Using this material, the apparel and clothes of the pilots should be fashioned handsomely and handed to them to wear. They should be blessed, given a protective amulet, and then cheerfully sent off.

There are three kinds of foods for the pilots, according to the seasons.

For pilots belonging to the castes of Brahmin, Kshatriya and Vaishya:

During the spring and summer months, the pilots’ food should consist of buffalo-milk among liquids, and Toor-dhal (pigeon pea) among grains.

In the 4 months of rains and autumn, cow’s milk among liquids, and wheat and black-gram among grains.

In the 4 months of winter and snow, goat’s-milk among liquids, and barley and black-gram among grains.

For pilots belonging to the lowest Shudra caste, the food can also include the flesh of sheep during the 1st season, roosters and hens in the 2nd season, and sparrows in the 3rd.

For pilots of Vimanas, the meals should be consumed thrice during daytime, and twice at night.
If the prescribed foodstuffs are not available for use during their flights, essence extracts (similar to modern vitamins) made by proper cooking with a mixture of spices and condiments into potable and edible form, or food balls made out of them, should be supplied to the pilots for consumption on flights.

The Metals for Airplanes

There are three kinds of metals: somaka, soundaalika, and mourthwika. By mixing them, 16 kinds of heat-absorbing metals are produced. There is a detailed description of the production of all these kinds of metals.

Mirrors.
Text 10 deals with the mirrors and lenses, which must be installed in the Vimana.

They are seven different types, such as television mirror, power-capturing mirror, appearance-changing mirror, and terrifying mirror.

The appearance-changing mirror, like a magician, will change the appearance of a Vimana into such frightening shapes that the attacker will be dismayed or paralyzed. 27 such different shapes are said to be possible.  Examples are fire, water, wind, thunder, lightning, fumes, scorpion, bear, lion, tiger, and giant-sized frightening birds.

Sources of power and kinds of motion.

There are seven sources of power of the Vimana: fire, earth, air, sun, moon, water, and sky.

Varieties of Vimanas.
There are three different classes of aircrafts used in different eras of our planetary system. Vedas teach that in the material world, everything from atoms to planetary systems live through cycles of birth, growth, aging, and death. Every Mega cycle (Maha Yuga) lasts 4 mill ion 320 thousand of earth years.  One Yuga has four Sub Yugas that are often compared with seasons of the year.

In shape, movement, and speed, there is no difference between mantrika and tantrika Vimanas. There is, however, a difference in the source of power (prayer or ritual).

TODAY’S TIP: Some scientists have found that the heavier-than-air aircraft that the Vimanika Shastra described were aeronautically unfeasible, in some cases violating Newton’s laws of motion.
Here the lack of understanding that more subtle energy sources than currently available were used is apparent. It is very hard to recognize it, because in that case we have to admit, that so-called material progress that we are so proud of, is actually degradation. All the things we are surrounded by, like phones, planes, television etc. were of no use when people could talk, see, and even fly naturally without artificial crutches.