↓
Home→Introduction to Ayurveda→108 Ways to Illness 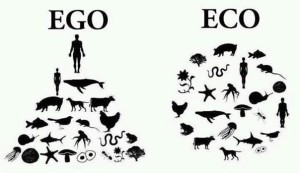 An ancient Vedic scripture, The Book of Immortals, states: “Do not believe that illness, suffering, and setbacks come suddenly for no reason. They choose whom to come to. People draw them with their own deeds and thoughts”. Nevertheless, the wise know when, where and why an illness comes.
Vedas teach that all suffering is due to ignorance. Knowing what mental and behavioral patterns germinate the seeds of a disease helps to prevent the fatal results of unenlightenment.

Here are 108 ways to attract an illness:
1. Disrespecting parents and berating friends.
2. Being jealous of their wife, considering her their property.
3. Encouraging bad behavior among the gullible.
4. Having a heartfelt sorrow.
5. Overeating.
6. Seeking the advice of a miser on the subject of charity.
7. Talking with an ignoramus of the meaning of life.
8. Wearing oneself out to get rich.
9. Acquiring money by fraud and crime.
10. Assisting the murder of children in the mother’s womb.
11. Encroaching on the property of pregnant women, the elderly, and children.
12. Betraying someone’s faith.
13. Sneering and scoffing at those who love you.
14. Rejoicing at the sight of misery.
15. Attempting to make a happy person unhappy.
16. Inciting people to violence.
17. Exalting errors and reducing the merits of others.
18. Envying worthy people.
19. Despising pilgrimage sites and shrines.
20. Slandering and uttering swear words.
21. Not paying off debts and laying hands on other’s contributions.
22. Poisoning the atmosphere with impure thoughts.
23. Ascribing evil to virtuous people and treating them disrespectfully.
24. Taking back things that have been previously given away.
25. Discouraging others from making endowments.
26. Robbing the elderly by fraudulence.
27. Selling alcohol and drugs.
28. Hunting for sport.
29. Badmouthing virtuous women.
30. Taking away someone’s wife and having a sexual desire for virgins.
31. Giving a false testimony.
32. Earning income by theft.
33. Making a living by fraud.
34. Cutting down or mutilating trees, gardens, and forests.
35. Attempting to seduce someone with a vow of celibacy.
36. Not honoring one’s parents, teachers, mentors, or priests.
37. Faithlessly abandoning decent, honest spouses.
38. Cheating on a virtuous and faithful wife with a prostitute.
39. Being ungrateful to someone who has helped us.
40. Destroying wells, springs, ponds, holy places, or people’s homes.
41. Not praying for ancestors who have passed away.
42. Having intercourse with a woman during her monthly cycle, in the four days of changing moon, in the daytime, in water, and during pregnancy.
43. Taking advantage of a woman, using the fact that she is sleeping, weak, defenseless, drunk, or has no refuge.
44. Producing and selling weapons.
45. Defecating or urinating in the fire, water, in the garden, on the road, or in a cowshed.
46. Being distrustful, skeptical, and cynical.
47. Punishing an innocent person.
48. Pronouncing a vow knowing that we will break it.
49. Eating food prepared by a sick, foolish, or evil person.
50. Not feeling compassion for helpless people.
51. Acting cruel, or being angry and irritable.
52. Producing, selling, and eating meat.
53. Consciously making other beings suffer.
54. Sleeping during the day and staying awake at night.
55. Envying the achievements of others while being lazy.
56. Being insatiable in desires.
57. Being dubious, superstitious, and incapable of critical judgment.
58. Communication of a poor person with a rich one and vice versa.
59. Using one’s high position to steal public funds.
60. Marrying someone for lust or for money.
61. Plucking flowers for no reason.
62. Treating people as outcasts.
63. Testing the humility and gentleness of a saint with insults and torments.
64. Calling himself godly, and the others – fallen sinners.
65. Sowing discord by telling a lie.
66. Oppressing the weak or righteous and widows.
67. Corrupting the young by example of one’s life.
68. Getting drunk in front of one’s children and mother.
69. Decrying people.
70. Begetting children by force or adultery.
71. Despising wisdom of great teachers.
72. Being intemperate and unbridled.
73. Flattering someone while hating him and praising while envying.
74. Trusting in everything or doubting everything.
75. Mocking powerless, crippled or sick people.
76. Defaming those who did better than we did.
77. Asserting one’s supremacy by humiliating others.
78. Cursing someone, even in jest.
79. Considering others impure and ourselves – pure.
80. Exacting revenge and harming others under the guise of fairness and justice.
81. Breaking the law while being in power.
82. Doing evil and violence under the guise of religion and the scriptures.
83. Being arrogant about either one’s wealth or poverty.
84. Trying to prove the superiority of one’s belief system, criticizing other religions.
85. Flaunting one’s morality and religiousness.
86. Taunting someone else’s gods and sacred objects.
87. Constantly ruing past mistakes.
88. Dreaming of success while failing to act.
89. Rendering evil for a good deed.
90. Refusing to help one in need, or begging for food.
91. Wasting time, money, and food.
92. Holding the flow of the river of life.
93. Not appreciating oneself and imitating someone else.
94. Corroding one’s soul by negligence and laziness.
95. Having a deceitful heart, greedy eyes, and a lying tongue.
96. Offending one who is subordinate or dependent on us.
97. Arguing with a king, villain, or a saucy-tonged man.
98. Suing a judge, or a wealthy or powerful man.
99. Blaming the sky for rain and the ocean for storm.
100. Opening your heart or secrets to a stranger.
101. Quarreling with a short – tempered person, inviting an envious person in one’s house, and traveling with a reckless one.
102. Feeding a snake and playing with a scorpion.
103. Feeling insulted, and not forgiving.
104. Making friends with a treacherous person, a gossip, or a fool.
105. Eating in a place where depraved people gather.
106. Living a luxurious life on borrowed money and blaming the one who helps you.
107. Following the advice of a fool, teachings of a liar, and instructions of an egoist.
108. Feasting among hungry people.

TODAY’S TIP: Most of the above behavioral patterns reside deep in our mind, making us react automatically to a given situation and producing not only diseases but also karmic reactions, which we will have to experience in our future lives (not necessarily as humans).
The first step to weaken this spontaneous reaction is to remember their consequences and meditate on it every time this happens. First, we will have to do it consciously, but in the course of time, the gap between action and reaction will get bigger allowing the intellect (budhi) to choose how to act, not the mind (manas).