In 1969, a Soviet radiologist named Prof. V. D. Lindenbraten, was trying to keep barium porridge in the stomachs of patients long enough to conduct an X-ray examination.

His team discovered an interesting fact: if the porridge was given without preheating (immediately from the refrigerator), it left the stomach faster than radiologists managed to set up their not-so-perfect equipment.

The doctors became curious about this fact and conducted some further experiments. They found that consuming a cold drink during or shortly after eating reduces the time food remains in the stomach from 4–5 hours to just 20 minutes.

See more about it: Lindenbraten Vitaly Davidovich “Materials on the issue of the effect on the organism of heat”, 1969, Institute of Experimental Medicine, Academy of Medical Sciences of the USSR, Leningrad. 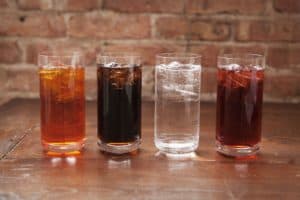 In short, when we drink cold water or other beverages, food is literally pushed out of the stomach.

This is, firstly, a direct path to obesity, since it is impossible to get enough of such food, and the feeling of hunger comes back very quickly.

Secondly, this is how the rotting process in the intestines begins. This happens because there was no normal digestion in the stomach and food could not be properly broken down in the subsequent parts of the alimentary canal. Instead of substances that can be absorbed and used by the body, we get unbroken protein that causes inflammation and other diseases.

However, one’s sorrow can be another’s joy. Using this phenomenon, the fast food industry can make a lot of money. When washing down food with iced drinks, a person can never eat enough to feel satisfied, which means they will come to eat more and more. To this end, iced water is brought without request for free, iced soft drinks are relatively cheap and aggressively promoted by bright posters and annoying video clips.

At the same time, hot drinks are set at a fairly high price, are not included in set menus, and are rarely advertised.

The stomach is a place where the preparation of proteins for subsequent processing and assimilation takes place. Therefore, if you drink any cold drink after a meal, the protein in the food will not be fully processed in the stomach: it will not be broken down into amino acids.

This is what Ayurveda has been teaching for thousands of years: do not drink any cold drinks immediately before or after meals. All drinks must be at room temperature or above.

Another popular misconception is that cold water quenches thirst faster. Physiologists explain that this is not so. Cold water requires much more time to be absorbed by the body: for this, it must be warmed up in the stomach to body temperature, which takes time and energy.

Water at room temperature or even warmer is absorbed right away and brings instant relief. 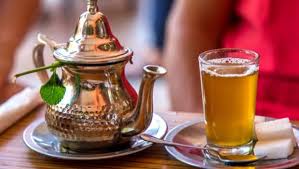 If you visit a country with a warmer climate, like Egypt or India, you may be surprised to see its citizens enjoying hot tea outside in the summer. Why do we have to drink iced water in an air-conditioned room during wintertime in the state of Maine?

A cold lump of food will leave the stomach very quickly, and all protein in the food will be putrefied in the intestines (unprocessed proteins at the temperature 36.6°C (97.88°F) and above decays very quickly).

Therefore, if you drink a cold drink shortly before or after meals, you will not only forfeit the money spent on the food, but your health as well (you can get some forms of inflammatory bowel diseases like colitis, enteritis, dysbacteriosis etc, which in turn are the root of many other bodily issues).

See also: How food affects the mind; Proper digestion through orderly eating; What and how much should I drink; How sipping hot water will cleanse your body.

TODAY’S TIP:  All of the above is true for ice cream too! If we eat ice cream or smoothies soon after or before a meal, we will get the same result – the unprocessed lump of food will leave our stomach and proteins will be left undigested. Enjoy these treats at least two hours after a meal.