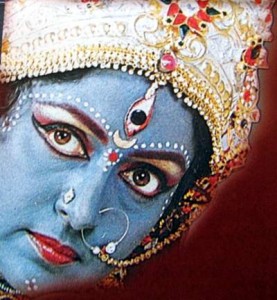 Once we have chosen to live in the material world which is subject to cycles of creating and destroying.  The spiritual world is eternal though. Material universes are created and destroyed in everlasting cycles, but an individual soul is inevitably progressing while learning her lessons and recognizing her true source. As soon as we quit identifying ourselves with the material body, become unattached both to good and bad things here, and express the will to reunite with the prime source we leave the physical body and ascend to the spiritual world where no suffering, aging, disease, or death occur. See also (The law of karma, Vedas on Money, Fulfillment of all desires, Time, Vedas on Cosmos).

One planetary cycle (Yuga) has four Sub Yugas: Satya or Krita yuga (Golden age) is spring of our planetary system and lasts 4800 celestial years or 1,728,000 human years. Regarding the other cycles the duration of each gradually decreases by a quarter. Treta yuga or Silver age is summer, Dvapara yuga or Bronze age is fall and Kali yuga or Iron age is winter of the material world. Starting with Spring, the life span and piety of living beings decrease from season to season reaching their minimum in Kali yuga. Iron age is the lowest, most impure, and vicious, where ignorance rules. At the end of every season and every cosmic year, the material world is partially destroyed just as the nature revives with every spring.

Vedas compare Dharma (morality) to a bull. His four legs are embodied purity, asceticism,  charity, and truthfulness. In Satya Yuga, the first stage of development, the Dharma bull had four legs, and in each age morality is reduced by a quarter. By the age of Kali, morality is reduced to only a quarter of that of the golden age. Thus, the bull will only have one leg (the truthfulness). The primeval spirituality of the Golden Age gradually darkens, universal values reverse, and goodness comes to an end.

According to Vedic scriptures (Surya Siddhanta) Iron age began about 5 thousand years ago  at midnight (00:00) on 18 February 3102 BCE and will last 427 thousand more years.

The Mahabharata identifies some of the attributes of Kali Yuga: 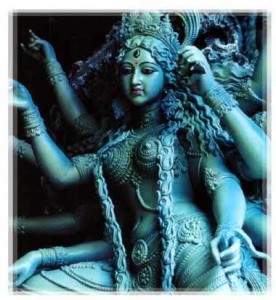 Rulers will become unreasonable: they will collect taxes unfairly.

Instead of promoting spirituality, or protecting their subjects they will become a danger to the world.

Kshatriyas (warriors) will not be brave.

Brahmins (priests) will not be learned or honored.

Gurus will no longer be respected and their teachings will be insulted.

All castes will be intermingled.

Greed and anger will be common.

Humans will openly display hostility towards each other.

Ignorance of duties will occur.

People will see murder as a common thing.

Lust will  thrive and sex will be seen as the central requirement of life.

Vaishyas (merchants) will not be just in their dealings.

Shudras (manual workers) will be given jobs they are not qualified for.

Ignorance of Dharma (duties) will occur.

Cowards will have the reputation of bravery and the brave will be enervated cowards.

Even husband and wife will find contempt in each other.

There will be teenage pregnancies. The primary cause will be the social acceptance of intercourse as being the central requirement of life.

People will take vows only to break them soon.

Men will find their jobs stressful and will go to retreats to escape their work.

Sin will flourish, while virtue will fade.

People will become addicted to intoxicating drinks and drugs.

Followers of Kama (lust) will wrest control of the mind from all human beings.

Lust will be viewed as being socially acceptable.

People will have thoughts of murder for no justification, and they will see nothing wrong with that mind-set.

People will no longer follow the science of reason and instead be led by their emotions instead of their minds.

People will see those who are helpless as easy targets and remove everything from them.

Many other unwanted changes will occur.

The right hand will deceive the left and the left the right.

Humans become shorter in height and weaker physically as well as mentally and spiritually.

People will without reason destroy trees and gardens.

There will be no respect for animals, and also meat eating will start.

Individual  destiny in the age of Kali.

As the Kali-yuga moves forward, many people are wondering how bad social conditions will get before they improve, and what can we do about it now. Yet the Vedic texts contain a specific prescription for staying free from the heavy influence  of Kali-yuga.  Vedas naturally put great emphasis on which spiritual knowledge is necessary to free ourselves from the effects of Kali-yuga. They also explain the method needed to reach a higher level of consciousness and enter a new dimension and higher vibratory level of existence.

TODAY’S TIP: Things will become so bad as the years go by that this world will be like one of the hellish planets. Everyone will be fighting with each other. The world will slide into a state of constant war and chaos. Finally, after 432,000 years from the beginning of the age of Kali, Lord Kalki will appear as the twenty-second avatara of God. Lord Kalki does not come to teach, but simply to chastise, punish, and cleanse the planet. Vedas literature explain, that when the Supreme kills anyone, that person is immediately spiritually purified by His touch. Thus, that person attains the same destination as those yogis who spend years meditating on the Supreme. So being killed by the Supreme is a great advantage for those of a demoniac mentality who would otherwise enter lower realms of existence or even the hellish planets in their next lives.