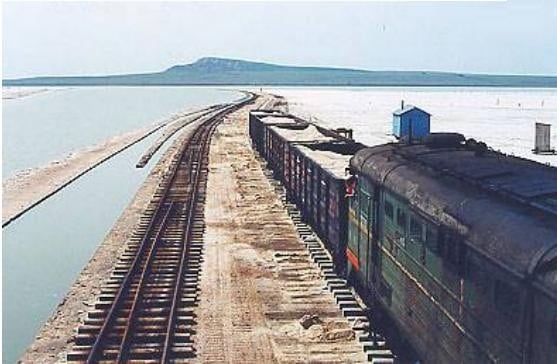 Every manufacturer is eager to sell his product; otherwise their business makes no sense. We understand that they might even believe that their product is better than that of the others. But we also need to realize that it’s our job to find out the truth. Salt doesn’t cost much, but is eaten every day, that’s why every seller is trying to convince us, ordinary consumers, using direct and indirect ways of influence, that  exactly his salt is what we need. Let’s investigate.

There are many misconceptions about salt. What is rock salt? Is it different from sea or table salt? What is Himalayan salt? What is black salt? Which one is better? And how much salt if ever is needed to stay healthy?

All kinds of salt have an identical composition of sodium chloride(Na Cl) as the main ingredient. This two major components are needed by all known living creatures in small quantities for water balance of the body. The sodium ion is also involved in electrical signaling in the nervous system.

[sociallocker]We are used to hear about the health risks associated with high salt intake, the most frightening is high blood pressure. Therefore, some health authorities have recommended limitations of dietary sodium, although others state the risk is minimal for typical western diets. The US Department of Health and Human Services recommends that individuals consume no more than 1500–2300 mg of sodium (3750–5750 mg of salt) per day depending on age.

A meta-analysis published in The Journal of Hypertension found no strong evidence that reducing salt intake affects the risk of heart attack, stroke or death in people with normal or high blood pressure. Furthermore, the Journal of the American Medical Association has reported that those excreting less salt (thus, presumably ingesting less) were at increased risk of dying from heart disease.

Dr. Alexander Logan from Toronto’s Mt. Sinai Hospital reviewed 56 studies and found out, that sodium intake has no noteworthy effect on blood pressure. Instead there is a number of negative effects from low salt intake, including disturbances in cholesterol and calcium metabolism.

Ayurveda doesn’t have the aversion for salt. The salty taste is one of the basic tastes in human life. Ayurveda states that the salty taste is essential for growth, for maintaining water electrolyte balance, for proper digestion, absorption and elimination of wastes. The salty taste relieves Vata and intensifies Pitta and Kapha. Salt creates flexibility in the joints, increases digestion, stimulates the appetite, sharpens the awareness of fine food, helps digest natural toxins and clear subtle channels of the body, and has a calming effect on the nerves and emotions.

Too much salt causes wrinkles, thirst, skin problems, and weakness.

Since salt is essential for our wellbeing, cutting off its intake is not the right way to stay healthy. Quantity and quality play the major role here. Let’s see what we have on the market:

Table salt, the most widely used form, is refined salt, which is mainly composed of sodium chloride. The raw salt is refined to purify it and improve its storage and handling characteristics.

And as usual when we decide to “improve” nature, the opposite happens. We “refine” sugar and it acts like an aggressor in the body. We “refine” flour, and it paves our intestine like a film not allowing nutrition to be adsorbed. We remove fat from dairy using means, that make this product indigestible (why just not boldly add water to whole milk at home if it is too fatty for you?). Every time we make ourselves out to be God, we fail.

What is done to the natural salt?

Purification usually involves recrystallization. In this process raw salt is treated with chemicals that remove most impurities (largely magnesium and calcium salts). Multiple stages of evaporation are then used to collect pure sodium chloride crystals. It commonly contains additives that make it free-flowing, anti-caking agent. Common salt is dried at more than 1,200° Fahrenheit, a process which zaps many of the natural chemical structures.

What is typically added when processing.

Many people are unaware that table salt contains chemicals and even sugar! How does this chemical form differ from the initial source and is it good for the system?

5. Dextrose (form of glucose) may also be added to stabilize the iodine.  It is made by the hydrolysis of starch with acids or enzymes.

Processing salt turns it into sodium chloride, an unnatural salt the human body actually doesn’t recognize as food. Studies show that for each gram of table salt our system cannot process, the body will use over twenty times the amount of cellular water to neutralize the sodium chloride in chemically-treated salt. This can lead to cellulite, rheumatism, arthritis, gout, as well as kidney and gallbladder stones. Thus it is hard to dispose it in a natural, healthy way which may lead to all the dangerous things we hear about salt. Is it the salt’s fault or is it the way we change the natural product?

Rock salt or halite is raw unrefined salt, deposits are formed by the evaporation of ancient salt lakes. It may be mined conventionally or through the injection of water, then pumped to the surface where the salt is collected.

Difference between sea and rock salt.

Both sea and rock salt have heating virya (digestive effect) which is of great benefit for Vata, but might aggravate Pitta in excess. But the post digestive effect (vipaka) of those salts is different. Vipaka means what we feel after the digestion is completed. Rock salt has sweet vipaka, which is comforting to the body, while sea salt has pungent vipaka, the same as chillies, which is irritating to the colon.

Rock salt is very digestive and not as irritating for Pitta and Kapha. It doesn’t retain water in the body. Dr. Vasant Lad and the famous Ayurvedic cook book author Amadea Morningstar respect rock salt over sea salt.

Himalayan pink salt is rock salt that contains the same 84 natural minerals and elements found in the human body. This form of salt has been maturing over the past 250 million years under intense tectonic pressure, creating an environment of zero exposure to toxins and impurities. Its minerals exist in a colloidal form, meaning that they are tiny enough for our cells to easily absorb. The list of its health benefits provided by manufacturers is impressive: from eyesight improvement to libido enhancing. Such Ayurvedic authorities as Atreya recommend it as the best choice.

Indian Black salt (also called Nirav Black Salt, Sanchal, or Kala Namak), is a volcanic rock salt mined from the earth. It is actually pink, not black in color due to trace minerals and iron and has a strong sulfur taste. I use this salt and like the taste. I find the smell pleasant, and when mixed with other food ingredients you barely notice it. It is widely used in Indian cuisine, especially in raita (yogurt with cucumbers and tomato) and is also a major ingredient in chat masala, a popular spice blend. Being less in sodium it is not that “salty” as table salt and is known for reducing intestinal gas, indigestion and heartburn. It can be used whenever you use plain salt. Vegetarians might use it to imitate egg flavor, for example on tofu.

Kosher salt is a coarse-grained sea salt possessing no additives except natural iodine and trace minerals. Kosher here means not that it was prepared according to the Torah guidelines, but because it is used to make meats kosher. When manufacturing its crystals are forced into a flat platelet shape bigger than table salt grains. Such shape serves to absorb surface blood from meat as a part of the koshering process for meat. It can be used in any dishes you use other kinds of salt.

Bamboo salt is prepared by roasting salt in a bamboo container plugged with mud at both ends, absorbing minerals from the bamboo and the mud, which provides an unique flavor.

Do different salts taste different? Unrefined salt may have a more complex flavor than pure sodium chloride when sprinkled on top of food. When salt is added during cooking however, these flavors would likely be overwhelmed by those of the food ingredients.

If the need to decrease salt in the diet exists, it should be done through proper choosing of food, cutting off over salted junk food. Sometimes it is advised to use potassium chloride as a substitute for sodium chloride. But potassium has it’s own contraindications, such as some prescription drugs. Canned food contains huge amounts of salt using it as a preservative. The same food can have 10% of that amount if fresh prepared.

If you have caught yourself using large amounts of salt, you may be zinc deficient. Find a doctor to evaluate your zinc status.

If salt makes you retain water, you might be consuming too many carbohydrates, or not enough protein.

Another substitute for salt can be seaweed, which tastes salty and contains natural iodine as well.

TODAY’S TIP: Ayurveda doesn’t recommend to use salt with milk (for example in hot cereals) since in this combination the milk digestion is disturbed.[/sociallocker]