↓
Home→Astrology→Dos and Don’ts during an Eclipse 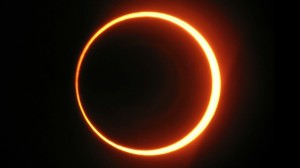 Dos and Don’ts during an Eclipse

IT IS VERY INAUSPICIOUS TO SPECTATE AN ECLIPSE.
NOT ONLY WILL  PHYSICAL HEALTH  BE AFFECTED NEGATIVELY, BUT MIND, INTELLIGENCE, AND DESTINY MAY SUFFER AS WELL.

Sun and Moon eclipses are singular days in both Western and Indian Astrology. The most common understanding is that everything is inauspicious at this time and one should be extremely careful. This is only partly true. We need to be aware of this  crucial moment and  know what to expect at these days. Moreover eclipses can give us the benefits of a deep makeover and reevaluation of our life.

Here are the eclipses we are facing:

What happens during an eclipse from the Vedic point of view? Vedas consider the cosmos, including the planets, to be filled with innumerable forms of living beings (The Sun and Moon are called planets in the Vedic astrology). The physical bodies of these planets as we see them are abodes, dwelling places for immortal soul of the personality of this planet. The physical body of a planet might live billion times longer than us, but eventually they do not escape the destiny of all material creation – the demolition.  The Sun and Moon have the same atma (soul) as all living beings (humans, animals, plants, and minerals). Vedas even give the size of an individual atma: 1/10,000 of the cross section of a human hair. The personalities of the planets are much more potent than ours, however, so we barely can withstand their influence.

Surya and Chandra are the names for the Sun and Moon individuality. As individuality these planets have their attributes, which interact with the similar ones of us. During the eclipse, when a planet is shadowed, her weak, not the best features are manifested.

During eclipse (in smaller degree at full moon) we may experience fear, worry, irresponsible car driving, tendency to complain and whine, sensitivity and hyper reaction to “injustice”. We should be aware of our own emotions and those of the others and realize that the behavior of others might not be what they really mean. The situations we encounter around the eclipse time tempt us to react negatively, create a conflict, or argue. Those temptations will decline as soon as we go over that time. Sun eclipse can interfere in our interrelation with authorities. Be extremely careful.

The eclipses are considered to have a negative influence on all beings. That doesn’t mean that we become innocent victims of “bad” Sun and Moon. This is our karma, the result of our past deeds, which get activated during these events. Saints, who produce no karma, live beyond planetary influences.

The negative influence starts 7-10 days before, is the strongest at the moment of the eclipse and gradually fades after it. The best position is to be a witness, not a participant of all the unusual things that might happen at this time. It is recommended not to start anything new around the eclipses time unless this action has been very carefully planned long before and is not a spontaneous movement of the moment. If you all of the sudden are suggested to start a new career, or you self just get an idea of a project, this is not supposed to be auspicious. This time is meant for contemplation or for realization of projects you are already involved with. Of course, it is better not to conceive a new life during this inauspicious period (See Vedas on conception of righteous children).

There is a powerful practice in Zoroastrian tradition. (Zoroastrianism can be traced back to the period before the migrations led to the Indians and Iranians becoming distinct nations. Zoroastrianism consequently shares elements with the Vedas, being influenced by later Iranian tradition).

This practice can help us to pay out our karmic debts and start over with our life. An eclipse can be considered to be a door that breaks our bond with the past. It happens exactly at the minute of eclipse, thus it is very important to find out the moment it happens in the place you live at your local time.

Moon Eclipse. Attention should be paid to feelings, emotions and relation with mother, the things that the Moon is responsible for.

The practice goes in 3 steps.

1. Think about your current circumstances and find out what you’d like to change. It is a good idea to reflect over it for at least a couple of days. It is very important to realize, that events in your life will change only if yourself change. We will work over ourselves, not others. You might even make a list of traits that disturb you of being who you desire to be.

20 minutes before the eclipse at your local time take a shower changing the water temperature five times, starting with warm water and changing it to cool. The last shower will be warm. This will prepare your subtle body for the practice. Put on clean clothes and 10 minutes before the actual eclipse lie down on the floor with your head facing north. Place a white cone-shaped candle on your left if you are a woman and on your right if you are a man. It should be not too close to your body on your heart level. Light up the candle with a lighter, not matches. Make sure the candle is placed safely and will not topple over. Start mentally recalling all the traits you do not like about yourself. It is beneficial to exaggerate your negative features and truly regret having them.

2. At the very moment of eclipse mentally shut the door to the past and firmly decide that you will change, that those triggers will not influence you anymore. In order not to miss the moment of the greatest eclipse you might set the alarm at one minute before it.

3. Next 10 minutes use the best of your imagination to see the new you, your surroundings and future. Not only say it in words, but try to see it with your eyes.

Sun Eclipse. Attention should be paid to your professional status, ambitions, self-realization, will, optimism and relation with father, the things that the Sun is responsible for.

Use the same technique but spare the time for examination of your relationship with father. This time your head should face east. Sun represents the father, and improving the connection with your Dad (even if he has left his physical body already) will change your life to better as well. This time is also good for setting social goals.

TODAY’S TIP: It is extremely inauspicious to spectate an eclipse.