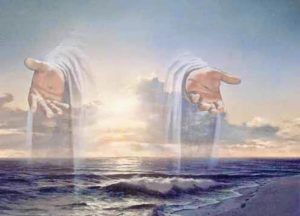 Prana is the life force that enables our body to act. This energy is present in plants and animals as well. The Chinese name for prana is CHI.

Prana flows through subtle energy channels, called nadis, that are minutely described in Vedic texts. The main nadis, Ida, Pingala, and Shushumna, run along the spinal column in a curved path and cross one another several times. At the points of intersection, they form strong energy centers – wheel-like vortexes known as chakras. A chakra is a center of activity that receives, assimilates, and expresses prana. The subtle body of prana also affects the process of movement of intracellular fluid.

The energy of prana cannot be measured with conventional devices. The calm, pure mind, whose nature is more subtle than that of prana, can register one’s life force and be an instrument to determine its quality.

An inhalation is the distribution of prana throughout the body via special channels – Nadis.

Then prana comes into contact with the liquids of the body.

The movement of fluids in the body stimulates neural activity.

The nervous system activates the hormonal and other bodily systems.

When prana moves we experience different sensations arising from its circulation:

– Heat throughout the body – prana excessively accumulates in the body

– Cold throughout the body – the body is losing prana

– Stuffy, weak, or lethargic feeling – not enough prana comes out of the body

Feeling active, fresh, energized, and enthusiastic is an indication of a sufficient amount of prana and of its appropriate circulation.

Insufficient circulation of prana can be detected by the following symptoms:

– Weakness without any pain or fever

– A tendency to feel cold

Increased circulation of prana is indicated by the following symptoms:

– Heat in the body

– Hyperactivity of the nervous system

Food can have prana as well. Fresh, firm fruits provide the most prana; the potency of prana is inversely related to foods’ freshness. That is why a fresh fruit provides us with more energy than a wilted one.

Ayurveda recommends eating more fresh fruit in the morning and at noon rather than in the afternoon, especially if you are a light sleeper. Too much pranic energy can get in the way of a good night’s sleep.

Prana is associated with fluids in the body. When the amount of these fluids decreases, prana is inhibited and the body’s nervous tissue cannot operate at full capacity, causing feelings of weakness.

Many illnesses arising from the disruption of the movement of prana can be treated with Pranayama (breath control practices). Other pranic exercises include hatha yoga, and exposure to cold water, as in a shower, river, lake, etc.

TODAY’S TIP: Taking charge of one’s prana enables them to achieve a certain level of health and happiness in life. It should be noted, however, that there are other components of the subtle body which have an even greater impact on our lives. See “Five Bodies (Koshas)”