Hatha Yoga – a Part of the Eight-Limb Yoga of Patanjali

Yoga is a science tha 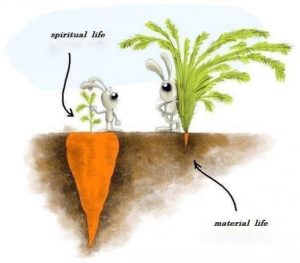 t studies liberation forces that we already have within us. It is the science of mental discipline, which includes a variety of methods to make the mind one-pointed. Patanjali describes some steps for “the destruction of mental fluctuations.”

The main line of action passes through the Patanjali’s eight basic steps.

Yamas are needed to harmonize the interaction with society, whereas niyamas are for harmonization of internal sensations. All the rules of yama and niyama are designed to reduce the disharmony between our actions and our internal position. The purpose of the Yamas and Niyamas is to calm the mind with the help of intelligent action and respect to all beings.  Yama and niyama include ten vows, which cover a wide range of human activities. The rules are not easy, but even their limited use leads to a significant calming of the mind.

The first five stages of the Eight-limb yoga are exoteric (outer) practices of Yoga. They develop body-mind in the right direction and prepare it for the final stages. The last three stages is an esoteric (internal) Yoga practice:

Samadhi occurs “When the five sense perceptions and the mind are at rest, when even the intelligence ceases to function.” In this state, all that remains is consciousness. Samadhi leads to self-realization. The Bhagavad Gita states: “When your mind is no longer disturbed by the flowery language of the Vedas, and when it remains fixed in the trance of self-realization, then you will have attained the divine consciousness” (BG 2:53)

All commentators of Yoga Sutra agree that these methods are not designed for an average person. These techniques require practitioners to eliminate all thoughts and cease all sensations. For most people, whose minds are unbalanced, it would bring more harm than good. This practice is for a few advanced individuals who have no desires for material enjoyment and whose mind is pure.

In any case, one should not try to practice the eight stages until he or she meet a guru who can teach them personally.

TODAY’S TIP: It is important to note that the name Ashtanga Yoga is nowadays identified with a system of physical postures, which was never the ancient intent of it. Asanas were developed to train the body to counter cramps and stiffness caused by long periods of sitting, so one was able to meditate for hours and even days.