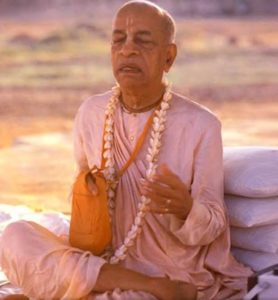 The Vedas teach us that God incorporates in fullest the six perfection to which we all aspire. He has full strength, full fame, wealth, knowledge, beauty and renunciation, At the same time, He is the best friend of all living beings. Although wishing only the best for us, He respects our free will. When we choose something that will hurt us at the end, He, residing in our heart in the form of Paramatma (Super Soul), tells us that this is not the best way to act. If we insist, He allows us to learn our lesson.
When we feel fed up with the results of our free will, which promise happiness but always end in frustration, we start seeking the information, which is based on transcendental platform. Thus, we have a chance to learn that all opulence can be given to us only by one who has it Himself, i.e. the God. However, why should He share it with us? The answer is clear: He is our best Wisher and is waiting for us to remember this.
At this point our journey back home begins. This way is a way of transformation, a way of loving service to God and all His creatures.

A central part of this is mantra meditation. There are two types of such meditation.

Kirtan is the singing of mantras with others. The singing is accompanied by music and the audience is encouraged to participate by chanting, clapping, and dancing.

One complete Mala involves the repetition of the Mantra 108 times. The 109th bead acts as the guide. An important rule is not to cross over it on completion of a Mala but retract and do the next Mala commencing at the point of finishing the previous Mala. Thus, we work back and forth from the summit.

THE SIGNIFICANCE OF THE NUMBER 108 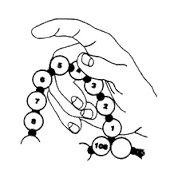 One complete Mala consists of 108 repetitions. Various reasons are given with regard to the significance of this number. Some of them are:

TODAY’S TIP: In Bhagavad Gita the Lord says “… among words, I am the monosyllable Om; among sacrifices, I am the sacrifice of silent repetition” (10:15).

By chanting the Divine Name, we address the personal Bhagavan (the Personality of Godhead); while by chanting Om, we address the impersonal Brahman. You can only love a person; you cannot love the impersonal absolute. Successful chanting of Om enables us to develop freedom from suffering. However, not to suffer does not mean becoming happy. By chanting the God’s name we obtain the highest bliss of personal, loving relationship with God.