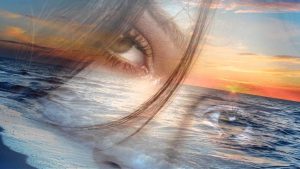 Have  you ever done something, knowing that you should not? Knowing that it is wrong, harmful and will end badly? And yet, as if under hypnosis or in a dream, did commit this act?

What makes us act to our detriment?

The Bhagavad Gita and Srimad Bhagavatam (the main Vedic books) explain that we act under the influence of the modes of material nature.

Material nature consists of three modes – goodness, passion and ignorance. When the eternal living entity comes in contact with nature, O mighty-armed Arjuna, he becomes conditioned by these modes.

Bhagavad Gita 14 : 7
The mode of passion is born of unlimited desires and longings, O son of Kuntī, and because of this the embodied living entity is bound to material fruitive actions.

O son of Bharata, know that the mode of darkness, born of ignorance, is the delusion of all embodied living entities. The results of this mode are madness, indolence and sleep, which bind the conditioned soul.

Where do the gunas come from, and how fatal is their influence?

We are the soul, the eternal particle of the Absolute Truth, initially possessing full knowledge and happiness. There are infinitely many such eternal souls, and the overwhelming majority of them are eternally near to God in the spiritual world.

However, some souls, using the law of free will, reigning in the spiritual world, decide to try to become happy, placing themselves at the center. The Lord warns that such a desire is contrary to the nature of the living being. We, like any part of the body, can be satisfied only through friendly interaction with the whole organism, not by opposing ourselves to our Creator.

If we insist, the Lord becomes sad but creates the material world, where we can try to find happiness.

What is most striking – the Lord, being completely self-sufficient, goes on this journey with us. So great is His love for the lost souls that in the form of the Supersoul He enters the heart of every living being from the tree and the ant to the man and the angel (in the Vedic philosophy angels are called demigods. There are 33 million of them). And this self-sufficient Person accompanies us in all the vicissitudes of material existence, from life to life, waiting for us to remember where our home is.

He makes himself felt in the form of a voice of conscience, but does not commit violence if we act foolishly. If you think about it, this is understandable. Do you need love under duress? Neither does the Lord.

Gunas are very strong. They are called ropes because they bind and hold a living being in the material world.  Where does their strength come from? From our desires  and inclinations. We come to the world with certain desires, and, in accordance with them, our bodies and minds are built.

Undoubtedly, the mode of goodness is more sublime for a living being than passion and ignorance, but it is also a rope that holds the spiritual soul in the material world.

“The difﬁculty here is that when a living entity is situated in the mode of goodness he becomes conditioned to feel that he is advanced in knowledge and is better than others. In this way he becomes conditioned. The best examples are the scientist and the philosopher. Each is very proud of his knowledge, and because they generally improve their living conditions, they feel a sort of material happiness. This sense of advanced happiness in conditioned life makes them bound by the mode of goodness of material nature. As such, they are attracted toward working in the mode of goodness, and, as long as they have an attraction for working in that way, they have to take some type of body in the modes of nature. Thus there is no likelihood of liberation, or of being transferred to the spiritual world. Repeatedly one may become a philosopher, a scientist or a poet, and repeatedly become entangled in the same disadvantages of birth and death. But, due to the illusion of the material energy, one thinks that that sort of life is pleasant”

Nevertheless, there is a way out.

To stop this irresponsibility, education for developing the mode of goodness of the people in general must be there. When they are actually educated in the mode of goodness, they will become sober, in full knowledge of things as they are. Then people will be happy and prosperous…then there is the possibility for peace and prosperity all over the world.

Sooner or later, having travelled plenty in all three planetary systems of the material world and trying on all  costumes from the worm to the demigod, we will firmly decide to return home. Having knowledge of our true nature, determination to leave the material prison and relying on favorable communication, we will at last free ourselves from the bondage of material modes and obtain our original nature of eternity, knowledge, and happiness.

By becoming ﬁxed in this knowledge, one can attain to the transcendental nature like My own. Thus established, one is not born at the time of creation or disturbed at the time of dissolution.

Did you notice that God is a Person, an Individual, who can be sad, who loves and misses us? Impersonal effulgence (Brahman) is only one of His features, but He is Bhagavan – the Supreme PERSONALITY of Godhead. This Personality is not just almighty, He ever loves all living entities and each of them have their unique relationship with Him. Isn’t that amazing?