Negative Ions – The Vitamins of Air 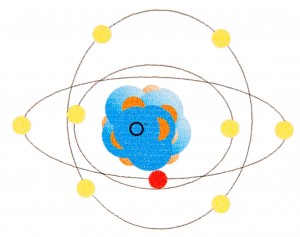 It is so human to not notice positive things until they go away or turn negative. Fresh air is taken for granted until it gets stale. Breathing in the same air over and over again makes it stale and low on oxygen, which is needed for the proper functioning of the brain and every cell of the body.

The first ionizers were invented by Russian scientist Alexander Chizevsky. He created the “Chizevsky Chandelier” which produced negatively charged ions. Chizevsky compared the role of negative ions in the air with vitamins in food and called them “vitamins of the air”. Since that time, ionizers have proved to be healthful all over the world.

There are two types of ionizers on the market based on different technical principles: negative ion generators and ozone generators. Both purify the air by generating negative ions, which are beneficial not only for humans but also for plants and animals. At the same time, negative ions make allergens floating in the air (e.g. pollen, dust, mold spores, animal dander) attract to each other and form clumps. That clumps can later be vacuumed away or mopped off with cloth and water.

Are ionizers safe? As with any medicine, the improper usage of ionizers can do harm.  Just like you wouldn’t take a whole bottle of pills at once, a higher daily average than 0.1 ppm (0.2 mg/m³) is not recommended. Here is one of the best and affordable ionizers available on the market

TODAY’S TIP:  Have you seen dust floating in a beam of sunlight shining in the window? Well, when a negative ionizer is in operation in the room, you see very little (if any) of that. Isn’t it nice?