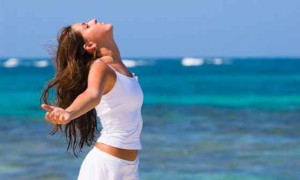 The most important fact about respiratory diseases, including asthma, which everyone must know, is that they become incurable only when they are allowed to become chronic. If handled in the initial stages by Ayurveda, respiratory ailments are curable.

Allopathic concept.
Modern medicine describes asthma as a chronic inflammatory disease, which leads to respiratory distress. This distress is caused by hypersensitivity reaction resulting in broncho – spasm, swelling of the mucous membranes and increased bronchial secretion. Newspaper articles informed us that “Asthma can be controlled but not cured” and that “uninterrupted (steroid) inhaler therapy is essential for gaining good control over asthma”. Once the incurability of asthma is accepted, then the talk is all about how best the disease can be managed or kept under control. Asthma patients were advised to use inhalers even when there were no symptoms.

Apparently, there is a lot of concern among patients, and particularly among parents of asthmatic children about the long-term side-effects of steroid drugs. Imposing restrictions on food took a back seat as it was felt that only a negligible number suffered as a result of ingested food. Things reached such a ridiculous level that children on inhalers were encouraged to eat even ice creams.
The latest medical advance seems to be that of progressing from oral drugs to inhaled drugs, since oral steroids were causing numerous side-effects such as weakening of bones, ulcers, increased diabetic tendency, susceptibility to infection, suppression of growth, muscle tremor and so on. The shift to inhaled steroids is projected as a great advance, since it is said to be relatively safe as smaller doses are taken in. Also long-term use of inhaled steroids is advocated as a preventive.

Generally, for all respiratory diseases, the line of treatment seems to consist of administering drugs for a symptomatic relief without treating the fundamental cause.

As the fundamental causes remain untreated, the episodes become frequent and the disease becomes chronic leading to a more serious condition. This leads to a greater dependence on drugs. Apparently, there is no effective treatment to break this cycle. For many, what could have been an easily curable childhood condition becomes a life-long suffering. In the absence of a line of treatment which offers a cure to respiratory diseases, the only beneficiaries seem to be the asthma-inhaler companies.

Ayurvedic concept.
Ayurvedic classic texts describe Asthma as Svaasa roga. In Svaasa Roga, the kapha (phlegm) obstructs the passages of Vayu (breath). The Vayu thus obstructed causes the difficulty in breathing which is characteristic of this disease.

Mucous is the byproduct of digestion located in the gastrum, the abode of Kapha. When Kapha gets stagnated in the gastrum undigested filth (Ama) blocks the respiratory pathways leading to the reverse movement of air (Vata) and triggers the Asthma symptoms. (See also Toxic Ama-Root of All Diseases)

Ayurvedic approach to healing.
Asthma can be considered as Vata (principle of movement) blocked by Kapha (principle of anabolism). Hence treatment that decreases Kapha and directs Vata in its natural path and clears the channels is to be employed.

Vata and Kapha are not easy to decrease together since they are opposite in their nature and that what is opposite to Vata generates Kapha and vice versa. Strict dosha reduction therapy may produce severe adverse effects. In this case Ayurveda suggests that combination of purification, mitigation and addition therapy is to be done.

There can be no progress in curing of any respiratory disease without changes in diet. As a first step in the treatment, curd, yogurt, cold foods, fruit juices and all other foods which aggravate Kapha, need to be removed from diet. Consumption of sweets has to be restricted. (See Kapha aggravating food in Food list for the Kapha person in “avoid” section; and Ritucharya).

Purgation and vomiting. Inducing vomiting (See Vamana) and purgation (See Virechana) provided by Ayurvedic practitioner are effective treatments used in the cure of respiratory diseases. These are undertaken in a systematic manner following certain procedures. These cleansing therapies bring out and eliminate the Kapha, which obstructs the movement of Vata. When Vata moves about freely, the patient starts to breathe normally. In chronic patients cleansing helps to control the disease and maintain health.
Charaka, Vagbhata and other classicists of Ayurveda state that even though purgation is considered to be a Pitta remedy, in case of Asthma when done with Kapha and Vata alleviating drugs, purgation will remove Kapha and Pitta and facilitate the proper movement of Vata. Direct anti Kapha and Vata actions might be too strong.

The ingredients of these preparations are substances like pepper, cinnamon, ginger, cardamom, turmeric etc. that have the property of increasing the power of digestion and boosting the immunity of the body. When guided properly about changes in diet and regimen along with medication, patients can completely overcome the problem. In general, if the disease has not reached severity, it can be eliminated. Even a chronic patient of asthma can be helped to control the disease with diet and medication without any side effects. 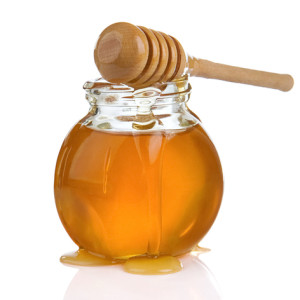 However, certain restrictions have to be observed while using honey.
– Honey should never be heated. Honey should not be added to substances which are hot in temperature. Sometimes people take honey with hot water or tea or hot lemon juice. This should never be done because honey, in contact with heat, becomes toxic.
– Honey should not be taken in so large a quantity as to cause indigestion, because indigestion caused by honey is very difficult to treat.
– Honey has not to be given to kids under one year.

Asthma triggers.
According to Ayurvedic scriptures asthma is caused by dust, smoke, excessive exertion, excessive sex, intake of cold or dry food etc. Suppression of natural urges, (for example the urge to cough and to vomit), can also give rise to respiratory diseases Avoidance of all predisposing factors is an essential part of the post treatment regime.

Asana and Pranayama (yoga postures and breathing exercises).
A regular practice of Yoga Asanas and Pranayama plays a vital role in the treatment and cure of respiratory diseases. Regulated inhalation and exhalation and retention of breath in specific postures and pranayama, are very effective in treating respiratory diseases. When the patient has difficulty in breathing, sound is used as a substitute for exhalation. 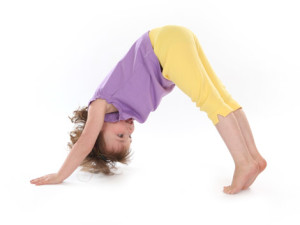 TODAY’S TIP: Respiratory system is not only respiration. It is one of the four main outlets to expel waste products from the body. Waste products can be of material and of mental and emotional nature. If our feelings and emotions are blocked they might start looking for a different way to get out blocking the air passages. See also Ayurvedic Healing of Colds.