The five Roles of a Woman for a Happy Marriage. 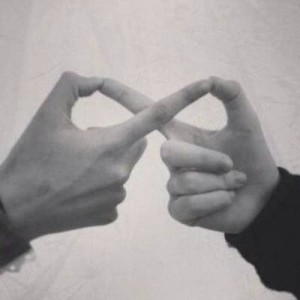 One Vedic lecturer was asked the following question: How long should one keep trying to hold his or her family back from divorce? The answer based on Vedic scriptures was:  As long as you would keep trying to save the life of your child.

Relations between men and women should not be a dalliance. Their relations presuppose responsibility and hence marriage. If we are involved with each other just in order to have fun, the ancient books say: “A man for a woman is the door to hell. A woman for men is the same.” Therefore, a wife for a husband is very good, and a husband for a wife is very good as well.  A man who does not take any responsibility is compared to an enemy; he came to destroy the woman’s life. Moreover, a woman who is not trying to help her husband in his ultimate goal of life is compared to a tigress, she is drinking his blood.

The alliance between man and woman is meant to lead to their spiritual progress as a couple. Yet before marriage, a man should elaborate the goal of his life and then find a woman who will help him on their way to it, and marry her. Such an alliance does not rule out love and affection for each other. However, it has a much stronger foundation than a marriage based merely on bodily attraction. All material passions inevitably go through the following stages: attraction, content, satiation, and repulsion.  However if a pair has a higher goal than the sense gratification, such as serving the others or reuniting with God, the tides and ebbs of physical appeal will create no drama.  The less materialistic the goal, the stronger the family, because everything material is bound to be eventually destroyed by the power of time. Motives like raising children or getting a nice house will end up with emptiness and disappointment when fulfilled. That is why many divorces occur when a family has reached such a materialistic goal.

In the Holy Scriptures, a husband is called pati-guru (husband-spiritual master). It is said that a man should not become a husband, a father, a teacher, or a king if he is not able to lead those who have taken shelter of him out of the clutches of maya (illusion), and bring them back to their spiritual home.

The path of renunciation is almost impossible for a man at the current age of Kali (See Age of Quarrel – Kali Yuga). The wife is necessary for most men as she allows him to fulfill his desire for sense gratification inside the family and without being distracted by the feminine energy from the outside.  In the Vedic culture, women were able to master a balance of being attractive enough for her husband that he did not look at the other women, but not exploiting the sexual energy too much so they could advance both spiritually and materially. Such a wife is called pati dharma. 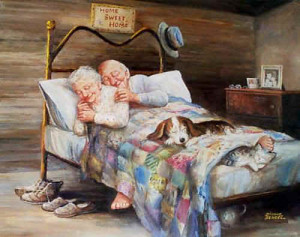 To have a happy family life, a woman has to learn the five major roles. If she succeeds at these five roles, her husband will never be able to leave her since all his needs will be satisfied.

WIFE.
The first role is the wife.  The wife is the intelligence of her husband; she inspires him to support the family, to maintain his career, and to be successful in all aspects of life. There is a law working on the subtle level: a man will be respected by his surrounding as much as much his wife respects him, even if these people have never met her. Behind every strong man is a strong woman. To progress, a man needs the inspirational force. If a woman stops being an inspiring force, the husband loses interest in her.

MOTHER.
The second role is the mother. When a man is helpless, weak, sick, or failed in life, his wife takes care of him like a mother. She is no longer demanding, and serves him as she would serve her little child. She knows this role perfectly; it is in women’s nature. There is pure love; there is no desire in such a relationship.

DAUGHTER.
The third role is the daughter. A wife switches to it when her husband is angry. The Vedas say that a man is very dangerous when angry. He can forget himself and even kill in this state. Therefore, the wife becomes an obedient daughter. The man’s mood changes immediately, because the only thing he needs is the acknowledgment of his leadership. A man’s nature is to be a warrior, and a woman cannot compete with him in this field. In most cases, after recognition of his right to be a leader, he does not care if what he says is fulfilled or not. Thus a wise wife can do whatever she wanted while always being respectful to her husband.

SISTER.
The fourth role. A sister is happy with a slightest attention from her brother’s side. Sometimes a man can forget about something that is important to his wife. Forgetfulness is in the man’s nature. Carried away by work, he can forget everything. He might forget to make money, forget about your birthday or marriage anniversary, and actually forget about the family as well. In this case, the wife behaves like a sister. She is happy whatever betide.  If needed the wife takes this role.

LOVER.
The wife can be charming like a mistress. This is her fifth role, which is too exploited nowadays. Being a lover only is not enough; if a man has a lover, he will need a wife too. A mistress will not help him to solve problems in life; she is a problem herself.  A man needs a wife to progress. A mistress is the weakness of a man. Along with delight there should be responsibility, otherwise the man loses control over his senses and becomes unable to progress spiritually.

Thus, in order to have a life lasting marriage all five roles have to be mastered because in a lifelong marriage we will not be able to be always perfect; sometimes we will be weak, sick, and in pain.

Now we see that three of these roles weakened. We observe the weakening of the roles of mother, sister, and daughter. While the roles of the wife, who requires money, and the role of a mistress, who expects sex as much as possible, are overblown. Money and sex, money and sex. The Vedas say, “This is not a marriage, it is legalized prostitution”.

If we want to create a happy family for life, the roles of mother, sister, and daughter need to be reanimated.

TODAY’S TIP:    The pati dharma wife should possess endless patience. Even if the husband is unrighteous, she should be faithful to him. She should pray to God to put him on the path of righteousness, and to infuse in his heart faith and devotion. Very helpful is the realizing that I am his/her karma and he/she is mine karma. If our spouses behave badly, it merely means that we did the same in our past life. Moreover, the fact that such a brilliant person like me got such a partner indicates his/her pious previous life.