False Claims of Health Benefits from Small Doses of Alcohol 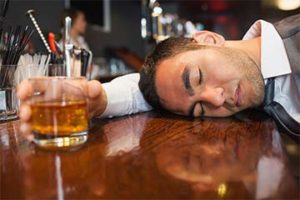 Alcohol consumption is known to cause a lot of trouble, but at the same time, many people will tell you with confidence that small doses of wine and brandy can be beneficial.

Scientists believe that as a result of a cold spell that occurred about 10 million years ago, our ancestors incurred a mutation that increased the rate of alcohol breakdown by a factor of 40. This was necessary in order to eat fallen and fermented fruit, since those which hung on trees were no longer sufficient.

The ability to eat spoiled fruit helped us survive, but brought a lot of trouble. While few doubt the danger of alcohol abuse, the issue of harm from “small doses” remains controversial for most people. Moreover, the scientifically proven benefit of the “moderate” use of alcohol is often brought up. Is it so?

Indeed, if we look at the correlation graph of alcohol consumption and health effects, we will see an obvious beneficial effect from moderate doses. The group of non-drinkers has significantly worse health indicators.

However, correlation alone cannot prove a cause-and-effect relationship. Therefore, scientists conducted a meta-analysis of 85 works (comparison of different scientific studies) and found that people who are forced not to drink, such as those with severe illnesses, former alcoholics, and people of old age, were among the “non-drinkers” group. If we make amendments to these data, excluding the above-mentioned categories from the “non-drinkers,” we will see that the “benefits” of alcohol disappear, and the true non-drinkers demonstrate excellent health.

Such a statistical error may be unintentional. However, in addition to “random” statistical errors, there are direct falsifications in the question of the “benefits” of small doses of alcohol.  For example, in 2007 the world was struck by the news about the benefits of red wine consumption. This is remembered by everyone, but few people know how this story continued. The author of this study, Dr. Dipak K. Das, was the director of the Cardiovascular Research Center at the University of Connecticut Health Center in Farmington and was studying the properties of resveratrol, which is found in red wine, but at least twenty of his research papers have been retracted.

On January 11, 2012, the University of Connecticut Health Center announced that a review board has found Das guilty of 145 counts of fabrication or falsification of data. The three-year investigation examined more than seven years of activity in Das’s lab, and proved that the results had been manipulated and used in published papers. In May 2012, Das was fired from both positions at the University of Connecticut Health Center.

On the contrary, studies conducted in Italy showed no connection between the amount of wine consumed and health risks: people live longer for other reasons. However, among the wine lovers in France and Italy, the prevalence of alcoholic hepatitis and cirrhosis is higher than the average in the world.

The “safe” doses of alcohol were calculated based on its effect on the liver. However, we cannot ignore all other risks, such as

• malformations of the fetus,

The truth is that alcohol can cause harm in a variety of ways.

There are 30 diseases caused solely by alcohol, and 200 diseases the occurrence of which it actively promotes.

Alcohol is the only drug, which harms others even more severely than its consumers. Risky and criminal behavior often occurs due to alcohol consumption. Even small doses of alcohol suppress the work of higher centers of the cerebral cortex, which reduces self-control and discrimination. More than 80% of murders, cases of grievous bodily harm, and rapes are committed in the state of alcoholic intoxication. A large number of injuries occur with “moderately drunk” and many of those who commit suicide are under the influence of alcohol.

One glass of wine has as many calories as a donut. In addition, drinking contributes to overeating: a drunk person eats much more than sober one.

If you also add drunken driving and risky sexual behavior (the risk of sexually transmitted infections, the number of abortions, divorces, etc.), you will see that “moderate” drinking is not harmless at all.

Is absolute sobriety healthy? A study of people who carry a genetic marker rendering them unable to process alcohol showed that these individuals differ significantly in their health. Furthermore, the medical expenses of abstainers are much lower than those of “moderate” drinkers.

TODAY’S TIP: There are many proven methods— without side effects—to alleviate stress, support health, and promote communication. Learn to listen to people, not drink with them, relieve stress in the gym, and not in the bar, seduce the opposite sex with your charm, and not with alcohol.