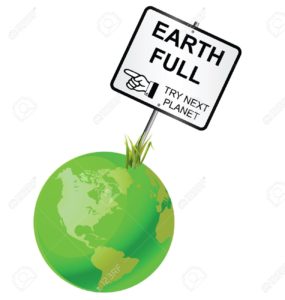 The Vedas teach that it is a great accomplishment to be born as a human. To get a human body one needs a lot of piety. Our body is a rarity. Spiritual teachers compare the chance of receiving it with the chance of randomly breaking the surface of the ocean and getting right into a lifebuoy. The example of the lifebuoy is very important, because the goal of going beyond the endless cycle of births and deaths can be accomplished in the human body only. The inhabitants of planets higher than the Earth experience too much pleasure to be concerned about leaving the material world. The dwellers of the hellish planets suffer too much pain and are not able to realize what their real goal is. Only the earthly planets give souls the chance to elect their future: to stay in the material world or reunite with God. Our life is like a station where we buy a ticket for the next one.

However, during the current age of degradation (see Kali Yuga-the Age of Quarrel) human beings may not necessarily use their chance to stop the wicked cycle of births and deaths. There are three reasons for that.

First, life expectancy in this age is very short. During Dwapara yuga (the previous epoch, which ended 5.000 years ago), a human life lasted 1,000 years. Remember Noah and all the Old Testament characters.  In Treta and Satya yuga people lived for 10,000 and 100,000 years, respectively (See Cycles of the Material World).  In our epoch, we have a potency to live for 120 years, but the average life expectancy for a man in Russia, for example, is 54 years. Therefore, we do not even have time to utilize this opportunity and continue to appear here repeatedly as humans.

The third reason is that despite the obvious fact that there is no true happiness on Earth, we try to enjoy the material world as much as we can. It is very hard, however, because nothing here lasts forever and at the end one loses everything. Most of us believe that the absence of suffering is happiness. However, the Vedas tell that the level of happiness in the spiritual world is of no comparison with that on Earth and is always increasing. They even mention a unit for happiness, which is called “one ananda”. One has one Ananda of happiness when he or she is eighteen years old, healthy, beautiful, and the whole world is at their feet. The happiness in the spiritual world is measured in millions of anandas and is ever increasing. Nevertheless, the materialistic mind is fixed in its reality and is trying to extract happiness from where it cannot be. If at the moment of death, we believe that we can be happy here; by the mercy of God, we are given this chance again.

That is how the Vedas explain the increase of population. The solution is education about the goal of life rather than birth control.

TODAY’S TIP: Although it is called the age of degradation, Kali-yuga has its benefits. Short-living fallen souls can very quickly attain perfection by chanting the Holy Names of God in any religious tradition. In Hinduism, there is Hare Krishna Maha Mantra, in Christianity – the Jesus Prayer, in Islam- the Holy Names of God. This is a scientific process, comprehended by experience.