↓
Home→Astrology→Cycles of the Material World

Cycles of the Material World 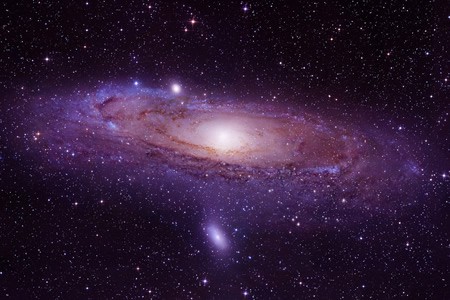 Brahma Samhita (5.35; 5.47-48) describes two stages of material creation: Sarga (primordial creation) and Visarga (secondary creation). First Lord Krishna creates potential for all material energies and living beings, then He enters that world and devises diversity of material manifestations and finally all creation is animated through Paramatma or Super Soul. Over a period of time, a false ego appears and transforms into three qualities – goodness (sattva), passion (rajas), and ignorance (tamas) see The Three Gunas.

After that, Lord Brahma is born to accomplish the secondary creation. The material building blocks of this world are eight material elements – solid (earth), liquid (water), radiating (fire), gaseous (air), ethereal (space), mind (manas), intelligence (buddhi) and false ego (ahankara). (Bhagavad Gita 7.4).  Brahma manifests from his body great sages (rishis) who then create different super humans, humans, animals, and plants in a cosmic hierarchy. In this creation of 8,400,000 life forms Brahma follows the master plan given to him in the form of a transcendental sound. This sound is the source and basis of all knowledge. It is transmitted orally in successions or lineages (parampara) and later it is given a written, scriptural form (Vedas).

Brahma lives 100 Brahma years which equal 311,040,000,000,000 earth years. It is a very long life span, but like everything material, Brahma eventually dies.  He establishes planetary systems, creates prototypes of living beings, male and female entities. Living beings start to propagate themselves and settle every spot of the planetary system.

One day in the life of Brahma is called a Kalpa or 4.32 billion years. Every Kalpa creates 14 Manus, who in turn regulate this world. Each Manu’s life consists of 71 eras (Chaturyugas). Each of them is composed of four sub eras or Yugas: Satya, Treta, Dwapara and Kali. By the end of Brahma’s day the universe perishes, and Brahma goes to sleep for a period of 4.32 billion years (Brahma’s night). The cycle goes on for 100 ‘divine years’ at the end of which Brahma perishes and is regenerated. Once Brahma dies there is an equal period of un manifestation for 311,040,000,000,000 years until the next Brahma is created.

Although universes are created and destroyed in everlasting cycles, an individual soul is inevitably progressing while learning her lessons and recognizing her true source. As soon as we quit identifying ourselves with the material body, become unattached both to good and bad things here, and express the will to reunite with the prime source we leave the physical body and ascend to the spiritual world where no suffering, aging, disease, or death occur. See also (The law of karma, Vedas on Money, Fulfillment of all desires, Time, Vedas on Cosmos )

TODAY’S TIP: The planet Earth is number 7 of 14 planets of our universe and is situated a little lower than in the middle. The higher the planet the more enjoyment in comparison to suffering experiences their population. Above are heavenly planets and below hellish planets. We are a little lower than the middle, so it is understandable that in our lives, suffering slightly exceeds enjoyment.