The  Six Stages of Maturity of Man 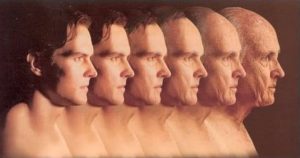 Sometimes the path of a living being from birth to death is called “space corridor” that consists of six periods that ideally should coincide with  increasing maturity of an individual.

The child ceases to identify with the world around him. They begin to understand that their physical body is different from the bodies of their mother and father, from the objects of the room in which they are located, from houses and landscapes, and ultimately from the whole universe. This stage lasts about three to five months, depending on what program of personal evolution they have for this particular life.

At this time children are completely dependent on the influence of their parents. They are like a flower that has not yet opened its petals and requires careful and meticulous care. The gross or incorrect intervention in the upbringing of the child or the absence of education at all can lead to irreversible consequences. If parents were not able to fulfill this task for up to seven years of their child’s age, then in the future it will take extraordinary efforts of experienced teachers and psychologists to somehow correct this situation.

It starts from 5-6 years and lasts until 12-16 years, often overlapping with the next stage. At this time, all the traits of the intellect of the child are manifested to a large extent. A certain matrix is ​​created, which will be followed by the accumulated life experience. If a child during this period does not have the opportunity to get a proper education, in the future it will be difficult to compensate for this.

Therefore, in Vedic times, at this age, children were given to special schools called gurukulas, where, under the guidance of an experienced mentor, they received the necessary training. First of all, the teacher was able to identify the unique psychic constitution of the students, their varna (temperament and vocation), and gunas (three primary qualities).
See also : Vedic Varnas (Castes); Three Cosmic Forces.

A successful life  and happiness of a  person is possible only if the tasks of this particular embodiment are realized. Otherwise, a person will  achieve neiter economic prosperity nor satisfaction.

Unfortunately, modern  education does not take into account these factors. Therefore, each child is trained according to the general scheme by different teachers. As a result, a huge number of people of our time do not know their purpose. And if they learn about it, then, as a rule, it happens quite late. Our specific purpose should be understood by the teacher and his responsibility is to make it clear to us at this early age. The importance of this is so much underestimated.

During the “intellectual maturity” period, the child must learn to control his feelings and mind, be able to formulate tactical and strategic goals and tasks, manage the passage of time and clearly understand his purpose. Perhaps, this is the main task of his teachers. Already at this stage, the influence of parents is significantly reduced, and the authority of the mentor becomes the main one. At this age the child can learn the maximum amount of information, but it should not be superfluous or useless. The main goal of this period is to raise a righteous person with good disposition rather than to stuff their brain with information.

It is the fourth stage of human life that begins at 11-12 years and lasts until 14-16 years. Here, the personality gradually realizes the difference between female and male nature. Each of us has both of these seeds. However, in the material world we are divided into men and women. We subconsciously strive for each other to understand our second “half”.

It is love that gives happiness to a human being. Neither riches, nor power, nor knowledge, nor fame, nor physical strength can bring us joy and satisfaction without love. For teenagers there is a real chance to open their heart.

At the same time, the energy of shakti, which causes sexual craving  begins to intensify during this period. This creative energy can be mistaken with true love, and therefore at this stage it is very important to have proper sex education. It is necessary to teach a teenager to treat the very powerful gift of God – love – with great care and deliberation.

Up to this point, we live mainly on the established stereotypes of our past life. We are walking along a road that has been rolled up. However, from the fifth stage, specific evolutionary tasks are set before a person. We should not just go with the flow or act as directed by our parents or mentors. We need to use our intellect and talent more and more to pass various tests of destiny (dharma-karma) and work on the program we are meant to fulfil (prarabdha-karma).

At this time the embodied souls will have to begin to work on themselves in the full sense of the word, to cut through the jungle of fate, to bypass karmic “traps”, “dead ends” and work out negative tendencies of the mind. Perhaps this is the most important stage in a person’s life, because it is time when the whole mystery of our destiny will unfold and the goals of the given incarnation could be fulfilled.

Many people do not think about it. They continue to live, “floating down the river.” As a result, being unable to fulfil the goal of life, they begin to experience depression, dissatisfaction, the uselessness of their existence and fear of an unknown future. In this case various chronic diseases may unfold that can lead to premature death.

I have heard the opinion that during stages one to four we reap the fruits of our former lives and just like animals do not receive reactions for what we are doing. Our real life with full responsibility begins with the beginning of the period of karmic maturity. The more complicated is our task in the present life the later this stage begins. The latest age for starting the sage of karmic maturity is forty two years.

This stage of life begins from the moment when a person fully fulfilled the tasks of his/her current incarnation and is completely ready for death – that is, to the transition to the next period of the evolutionary development. They no longer fear the departure to the “other world”.  As a rule, such persons are illuminated by the wisdom of existence. This last stage of appeasement is impossible without fulfilling the previous one – the stage of the karmic maturity.

These realized souls can be excellent mentors for members of their family or other people. Sometimes they accept, as it was usual in the Vedic culture, the renounced order of life (sannyasa), and refusing to fulfill any social tasks, go to secluded places, or become wandering monks to calmly meet their deaths.

TODAY’S TIP: The Vedas teach that as a rule at the age of sixty two the future of an embodied soul is already determined. If the living being acted according to his/her dharma (duties prescribed by the Holy Scriptures) they continue their evolution and obtain an opportunity to work on the next piece of tasks on the way back home to the spiritual world. If our assignment for life was not complete we will be put into the same circumstances again and again life after life to pass the exam. Sometimes, if we misused the human form of life and acted unworthy of man, we will have go through animal form of life or spend some time on the lower planetary systems. Eventually we return to the earthly planets because the human form of life is the only one that provides the use of free will to choose between bad and good and form the future through such a decision.