There are many varieties of pepper, each with its own unique properties and uses in Ayurveda. 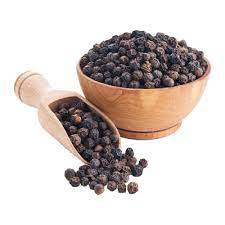 In Sanskrit, black pepper is called marica. This is one of the names of the sun, and black pepper got this name due to the high content of solar energy in it.

Impact on the body:

It warms up the body, nourishes plasma, blood, fat, bone marrow, and nerves.

Black pepper is used as an infusion, powder (from 100 to 500 mg), along with milk and ghee. Black pepper oil is used for acupressure massage and for inhalation during colds.

Cleanse of the gastrointestinal tract:

Once a year, for two to three weeks, take after meals three grains of black pepper.

For impotence. Six peppercorns and four almonds should be taken once a day with milk.

For chronic bronchitis. Mix a teaspoon of ginger and the same amount of black pepper with honey and drink with hot tea.

For cramps and menstrual pain. Mix 1 tablespoon of aloe juice with one teaspoon of pepper. Take it twice a day.

For toothache. A mixture of black pepper and salt is an excellent tooth remedy. With daily use, it prevents tooth decay, bad breath and sore gums. 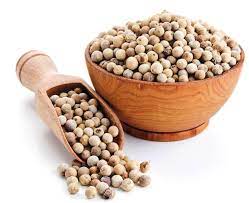 Its properties are similar to black pepper. It has a stimulating effect on the body, kindles the digestive fire, suppresses putrefactive intestinal microflora, and removes bad breath. It is part of a large number of Ayurvedic medicines, mainly anti-inflammatory, appetite-inducing and pulmonary. 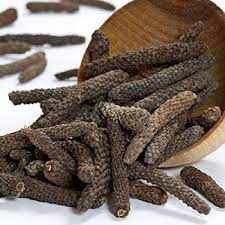 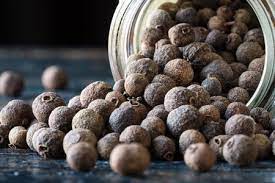 Has similar properties to black pepper, however, allspice is milder and less spicy. Allspice almost does not heat the body. In aromatherapy, allspice oil is widely used to treat colds and increase the tone and performance of the body.

TODAY’S TIP: Chili pepper is the richest source of vitamin C (ascorbic acid), vitamins B1, B2, B3, and E. It contains more vitamin A than carrots. It nourishes plasma, blood, bone marrow and nerve cells. However, increased passion for chili peppers can cause restlessness of the mind, anger, aggressiveness and stubbornness. In the physical plan, an excess of hot pepper leads to intense thirst, thinning of the blood, and thinness.